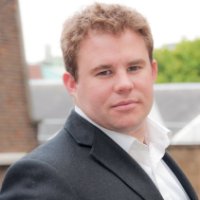 Coupe: market abuse is not insurmountable

The imposition of an £8 million fine against defunct Canadian day trading firm Swift Trade earlier this week illustrates the potential for abusive strategies that distort markets – and the need for a new approach from regulators, according to Matthew Coupe, director of regulation and market structure at NICE Actimize.

Swift Trade was fined by the UK Financial Services Authority for layering, a form of market manipulation which involves bombarding a market with false orders to produce a price movement, which can then be exploited by the manipulator firm. The fine was the largest yet handed out by the FSA for market manipulation.

“Layering leads to market instability, due to false representation of liquidity,” said Coupe. “If you load up passive orders on the bid, then you execute at the ask, people see increased activity. The offer will then respond and you can take the liquidity away at an improved price. It’s gaming the system. It’s not a fair representation of the market.”

Market participants have long been concerned about the potential danger of market abuse. Speaking during a panel discussion hosted by SunGard in January, Richard Gardiner, policy advisor at the Federation of European Securities Exchanges warned that market abuse could be taking place undetected, due to the difficulty of tracking activity spread across multiple exchanges or trading venues.

“There’s no single person checking for abuse in particular names over five or six venues,” he said. “This needs to be looked at. Right now, even if you think there is abuse taking place, there’s no way to get the data to prove it.”

Meanwhile, many buy-side firms have been turning to dark pools in recent years, partly over fears that they are being disadvantaged by aggressive high-frequency traders on the lit markets. For some market observers, common HFT practices such as sending large numbers of orders and then cancelling the majority are “dangerously close to market abuse.”

However, according to Coupe, the tools do exist for regulators to take a stand against market abuse. While many commentators have pointed out that Europe lacks a consolidated tape of post-trade data that would allow a regulator or a market participant to see a complete picture of market activity across multiple fragmented venues, Coupe insists it is not an insurmountable problem.

“There is a very simple way to obtain the data, and that way is sponsored access,” he said. “Nearly every exchange offers sponsored access, and to do that you need to have a drop copy of orders and executions of all flow going through the exchange. All the regulators need to do is to take a super-user view from that, and then they’ll have all the information they need.”

Through its acquisition of RedKite Financial Markets in October last year, NICE Actimize builds market surveillance tools designed to tackle some of the more high-tech trading strategies such as layering, gaming, quote-stuffing and spoofing. The company uses the same kind of algorithms that execute orders for sell-side firms, and uses them to analyse the market.

“The technology is there. You just need to understand the order flow trade process,” added Coupe.

At present, different trading venues in Europe each report to a different regulator. NYSE Euronext reports by the French regulator AFM, while London-based MTF BATS Chi-X reports to the UK FSA. That makes comparing and combining reports on market activity a more difficult and time-consuming task.

Although the European Commission has established a pan-European securities regulator, ESMA, to supervise its markets, Coupe believes that the organisation should ideally be checking across multiple venues to deter the kind of complex abuse feared by others, including FESE’s Gardiner.

“Should ESMA monitor markets in Europe? They should. Do they have the resources? Probably not,” he said. “But that is the direction of MiFID II and European legislation in the long-run. They’re going to be the ombudsmen of European regulation and that’s a good thing.”