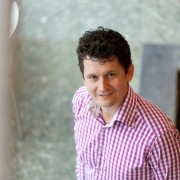 One of the trends of 2014 was its delivery of technology that we had been promised for years but had fallen short until now. Siri, Cortana and Google Now all make good on the sci-fi staple of the voice-activated computer. Virtual reality has been attempted many times, but it seems that the Oculus Rift may have finally cracked it. And biometric authentication, while often included in devices but rarely used, is now commonly used by owners of new iPhones to unlock their devices thanks to Touch ID.