More U.S. consumers are paying bills online and more are considering using their mobile phones to pay bills as well, according to the Western Union Payments Money Mindset Index, released today. The online survey of more than 3,000 respondents conducted by Javelin Strategy & Research, found that consumer preference for online and mobile bill payments […]

Contactless payment cards are gaining a significant foothold in Turkey, passing the 10 million card milestone in 2012, according to a new report from the Interbank Card Center of Turkey (BKM). The pace of growth has been rapid, with the number of contactless prepaid, debit and credit cards expanding to 10.3 million in 2012, up […]

The growing student card market has a new entrant. Chattanooga, Tenn.-based processor and program manager TransCard is targeting banks that want to offer prepaid cards to college students with its newest reloadable prepaid product. The company’s announcement of its Student Prepaid Card comes just weeks after unveiling a prepaid card for banks to offer customers […] 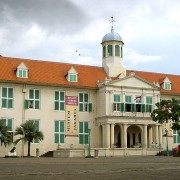 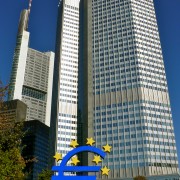 The European Central Bank says that the speed of adopion of direct debits in line with the Single Euro Payments Area standards is “unacceptable” and urged regulators and payment service providers to make greater efforts to push the instrument or risk damaging the reputation of the scheme. 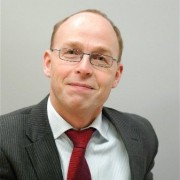 As Europe’s new EMIR derivatives regulation takes hold, senior buy-side representatives have warned that new rules including EMIR and Basel III might actually exacerbate risks rather than reduce them. 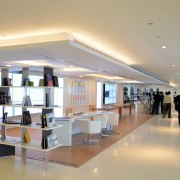 Polaris Financial Technology has today opened a $10 million financial application design centre at its headquarters in Chennai, India, where customers will be able to work collaboratively with the vendor’s development teams on applications and systems.

March 21, 2013 A troublesome roadblock to U.S. EMV adoption crumbled this week when 10 debit networks agreed to license a common U.S. debit application identifier (AID) from Discover Financial Services as the foundation solution for routing debit transactions under the EMV, or chip-card standard. The Secure Remote Payments Council’s decision resolves a stalemate that […]

March 21, 2013 The news that MasterCard soon will begin charging a fee to operators of some types of digital wallets has many industry observers considering the move a shot across the bow in a coming struggle for access to digital wallet customers. But others say the fee simply represents a step forward in the […]

March 21, 2013 Western Union Co. continues to expand its prepaid offerings globally and yesterday announced the rollout of its Global Share platform, which the company says will enable it to work more easily with partner companies that offer complementary products and services. The platform will facilitate better collaboration and improve products’ speed to market, […]

March 21, 2013 For mobile wallet providers, reaching scale with consumers and merchants has proved to be the 800-pound gorilla. However, Heartland Payment Systems, the Princeton, N.J.-based merchant processor, and LevelUp, a promotion-based mobile payment and loyalty network from Boston-based SCVNGR, believe their partnership will solve the problem. Following pilot programs in New York City, Boston, […] 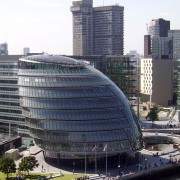 Major global banks have praised the FinTech Innovation Lab London, a project which partners senior bank executives with startup companies, for helping to energise the development of innovative new products in financial services, at an investor day presentation in London City Hall this morning.

The Illinois Department of Financial & Professional Regulation recently released five cease and desist orders from January 2013 against six entities for unlicensed activities under the state’s Transmitters of Money Act. These six entities offer a variety of services in Illinois, including domestic and international money transfer, bill payment services and prepaid cards.  One of […]

The Federal Reserve Board (Fed) quietly released changes to its FAQs on Reg. II’s restrictions on debit card interchange fees and routing. Five new FAQs were added and one existing FAQ was revised. Changes in two areas directly affect prepaid cards: the exemption for “general use prepaid cards” and the requirement for adding a second […] 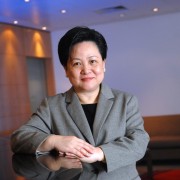 As tough new collateral requirements bring ever greater pressure to bear on banks and financial market participants, the union of European clearing houses EMCF and EuroCCP into a new combined entity will help make clearing and settlement more efficient, according to Diana Chan, chief executive at EuroCCP.

March 19, 2013 The Treasury Department’s Financial Crimes Enforcement Network (FinCEN) has issued clarification of its regulatory stance on persons and entities engaged in the use, exchange and administration of virtual currencies. According to a guidance notice issued by FinCEN this week, users of virtual currencies, such as Bitcoin and Amazon Coins are not considered […]

March 19, 2013 International payment processor Planet Payment Inc. has joined with China UnionPay to enable UnionPay card users to shop online at e-commerce merchants based in the U.S. and Canada. The deal grants such retailers access to one of the largest card brands in the world, while continuing UnionPay’s recent efforts to expand acceptance […]

March 19, 2013 The key to widespread adoption of mobile payments will be the degree to which consumers trust the process of using smartphones or other mobile devices to pay, according to new survey data from Auriemma Consulting Group (ACG). In a Web survey conducted in December 2012 of 1,000 consumers in the U.K., where […]

March 19, 2013 Billtrust today has launched QR codes for biller statements, a service enabling consumers and businesses to pay their bills online by scanning the QR code with their smartphones. The Hamilton, N.J.-based provider of outsourced billing services can imprint a QR code on any outbound billing document, according to the company. When the […] 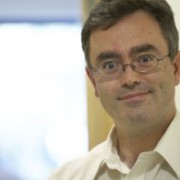 Technology and information companies CGI and Experian have partnered to help Europe’s banks and corporates meet the requirements of SEPA, the Single Euro Payments Area, on direct debits.