Marks the Industry’s Largest-ever Fintech Funding Round Made on Behalf of a Credit Union MIAMI–(BUSINESS WIRE)–NYMBUS®, a leading provider of banking technology solutions, today announced it has completed a significant financing round to advance the development of its new credit union service organization (CUSO), Nymbus CUSO. Founded in March 2021 to help break through barriers […]

New functionality will roll out to businesses of all sizes as well as sports and entertainment venues including the Phoenix Suns Arena via the Clover platform and Carat ecosystem BROOKFIELD, Wis.–(BUSINESS WIRE)–Fiserv, Inc. (NASDAQ: FISV), a leading global provider of payments and financial services technology solutions, is enabling businesses of all sizes across a range […]

The Technology Targets a Wide Variety of Advertising and Marketing Capabilities SAN DIEGO, April 27, 2021 (GLOBE NEWSWIRE) — GBT Technologies Inc. (OTC PINK: GTCH) (“GBT” or the “Company”) filed a provisional patent for a commercial method and software empowered by its AI technology with U.S. Patent and Trademark Office (“USPTO”). The invention is targeting […]

Westpay AB, a leading fintech company, continues to expand its reach and footprint on the Nordic payment market. As a result, Westpay has contracted four new strategic POS Partners. Three in Norway and one in Finland. These POS Partners will integrate their POS solutions and make Westpay’s offerings available for its merchant customers. – Our overall […]

Instant Bank Pay leverages the unique combination of the GoCardless global bank debit network and open banking technology The feature provides merchants a low-cost, seamless and convenient way to collect instant payments from new and existing customers through a single platform Although half of Americans have “no clue” what open banking is, the introduction of […]

PINE BLUFF, Ark., April 26, 2021 (GLOBE NEWSWIRE) — Simmons First National Corporation’s (NASDAQ: SFNC) (“Simmons” or “Company”) today announced that its board of directors has declared a quarterly cash dividend on the Company’s Class A common stock of $0.18 per share, which is payable on July 6, 2021, to shareholders of record as of […]

SL2 helps Small Businesses Scale Affordably at Enterprise Level SCOTTSDALE, Ariz.–(BUSINESS WIRE)–#FinTech—CellTrust Corporation, a leading global provider of secure and compliant mobile communication for government and enterprise, announced today its SL2 mobile application for capture and archiving was selected by Leverage Financial Advisory for its robust enterprise offering and scalability at an affordable price. Before […]

NEW YORK–(BUSINESS WIRE)–#ameritrade–SmartMetric, Inc. (OTCQB: SMME): According to the latest Atlas VPN research, the US residents are way more worried about being hacked than getting murdered. Data compiled by Atlas VPN shows that 67% of Americans are afraid of being a victim of identity theft, while only 20% are scared of being murdered. SmartMetric’s own […]

CATSKILL, N.Y., April 23, 2021 (GLOBE NEWSWIRE) — Greene County Bancorp, Inc. (the “Company”) (NASDAQ: GCBC), the holding company for The Bank of Greene County and its subsidiary Greene County Commercial Bank, today reported net income for the three and nine months ended March 31, 2021, which is the third quarter of the Company’s fiscal […]

Summary This report provides insight into a selection of successful mortgage players globally. This includes a deep-dive analysis of five lenders in four countries, examining what each player did to improve their mortgage proposition over at least a decade and how successful their efforts were. New York, April 23, 2021 (GLOBE NEWSWIRE) — Reportlinker.com announces […]

SAN JOSE, Calif., April 22, 2021 (GLOBE NEWSWIRE) — Heritage Commerce Corp (Nasdaq: HTBK), the holding company for Heritage Bank of Commerce, today announced that its Board of Directors declared its regular quarterly cash dividend of $0.13 per share to holders of common stock. The dividend will be payable on May 27, 2021, to shareholders […]

NEW YORK–(BUSINESS WIRE)–BlackRock, Inc. (NYSE: BLK) today announced product enhancements to two iShares ETFs as part of an ongoing process to periodically review its product lineup. No action is necessary for investors in the impacted ETFs and no capital gains distributions are currently expected as a result of the transition. iShares Nasdaq Biotechnology ETF (IBB) […] 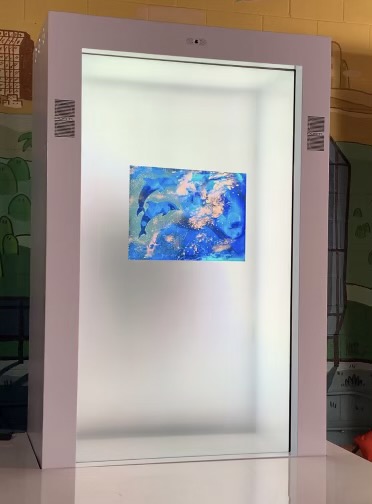 BOSTON–(BUSINESS WIRE)–#COVID19—Toast, the fastest-growing restaurant management platform, today announced a partnership with the U.S. Small Business Administration (SBA) to help provide customers with access to funds made available through the $28.6 billion Restaurant Revitalization Fund (RRF). This partnership with the SBA is expected to benefit Toast customers with a simplified application process for RRF grant […]

Shakepay customers will be able to sign up for a Marqeta-powered Visa* card, allowing them to spend money directly from their account. MONTREAL–(BUSINESS WIRE)–First paragraph, first sentence of release dated April 21, 2021, should read: issued by Marqeta’s sponsoring financial institution Peoples Trust Company (instead of issued by Marqeta’s sponsoring financial institution People’s Bank). The […]

Noyo Expands its Powerful API Solutions with Launch of Noyo 360

Already highly energy-efficient network partners with ClimateTrade to set the industry standard for blockchain sustainability BOSTON–(BUSINESS WIRE)–$ALGO #cleanNFTs—Algorand, a leading blockchain technology company designed to be the most efficient and greenest blockchain available, today cements its leadership and commitment to the environment by announcing its blockchain is fully carbon neutral. Algorand has partnered with ClimateTrade, […]