Plutus, a leading Crypto Rewards Card, has partnered with Curve, the pioneering card aggregator app, to offer up to 100% rebates in crypto on Curve’s premium subscription plans for all United Kingdom and European Economic Area customers.

LONDON, May 30, 2022 (GLOBE NEWSWIRE) — The pair has announced that Curve’s premium subscription plans, ‘Curve Black’ and ‘Curve Metal’, have been added to Plutus’ Perks programme. Plutus offers up to 100% rebates in Pluton (PLU) on circa 20 Perks, including Netflix, Spotify, Prime, and now Curve. Pluton is the native crypto rewards token of Plutus.

A ‘Curve Black’ subscription (ordinarily £9.99) offers fair FX rates, travel insurance, and 1% cashback on three select retailers; via Plutus, these benefits are now effectively free. Plutus also offers up to 8% cashback in crypto, meaning customers can use the Plutus Card via Curve and enjoy double-dip rewards of up to 9% of the value of their eligible purchases. Customers can also get a rebate up to a value of £10 on the Curve Metal Plan (ordinarily £14.99), which offers 1% cashback on six select retailers.

“The community demand for a Plutus/Curve partnership is something we couldn’t ignore. Not only are our existing customers thrilled at the news, but over 3 million Curve customers can now enjoy instant access to Curve’s enhanced features at effectively zero costs, simply for ordering a Plutus Card.”

“Plutus offers a fantastic rewards card with a devoted following. We are proud to be able to offer Plutus cardholders even more cashback, the ability to retroactively move transactions between accounts, take out installment loans, and spend abroad with fair FX fees. It’s a killer combination for a savvy consumer.”

Plutus customers earn up to 8% PLU Cashback when they shop with the Visa Card and access 20+ additional in-app Perks. The accompanying finance app includes both bank-like features and non-custodial crypto features (wallet, DEX). These combined created the world’s first decentralized finance card. Plutus now has tens of thousands of customers, 15% of whom are converted to paid subscription plans due to the value of its rewards programme.

Curve is a financial super app. It’s on a mission to be the one-stop-shop for all of a consumer’s financial needs; a single point of access to a wide range of financial products and services, bundling together all your money into one smart card and app. Curve allows customers to connect and supercharge their legacy banks to the 21st century, without leaving their bank or signing up to a new one. Curve is live in 31 markets across the UK and European Economic Area (EEA). 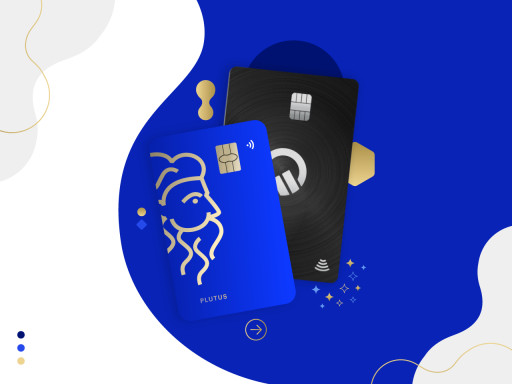