German challenger bank N26 has made changes to its leadership, with its co-founder Maximilian Tayenthal set to take over as chief operating officer (COO) effective immediately, while retaining his role as managing director of N26. 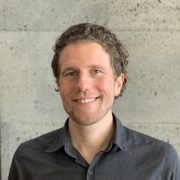 Jan Kemper is to leave N26 by end of January

N26 says that Jan Kemper has jointly agreed with the bank to step down from his role as chief financial officer (CFO) and his interim role as COO. Kemper will leave N26 by the end of January 2023 to focus on his other ventures and roles.

The challenger adds that Kemper will continue to work with N26 to ensure a “smooth” handover, while the bank searches for a successor CFO.

Commenting on the change of leadership, Marcus Mosen, chair of the supervisory board of N26, says: “Jan has been instrumental in helping to further strengthen the structures and governance of N26, thus putting in place a solid foundation for the company’s continued success.”

“We are very grateful for Jan’s contributions to the development of N26, and wish him all the best in his professional and private endeavours.”

Founded in 2013 by Tayenthal and Valentin Stalf, N26 launched in 2015 and claims to have grown to over eight million customers across 24 markets. With offices in 10 locations across the world, the German neobank claims to be valued at over $9 billion, having raised nearly $1.8 billion in funding so far.