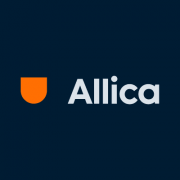 The bank previously raised £55 million in funding in June this year, which followed a £110 million Series B funding round in November 2021.

Allica says the new cash will allow it to “scale rapidly and accelerate its disruptive impact in the UK SME market”.

The company received full banking authorisation in September 2019 and opened its doors to SME lending in March 2020. In addition to lending, Allica currently offers a range of banking products to SMEs and entrepreneurs, including savings and payments. It also launched its business rewards current account offering earlier this year.

The digitally native challenger has seen strong growth over 2022, reaching £1 billion in total lending and achieving monthly profitability in the summer. The firm also completed the migration of around 2,000 SME customers in the autumn following the acquisition of AIB Group’s British SME lending portfolio last year.

Allica Bank chief executive Richard Davies says the funding will allow the firm to “support far more of Britain’s established and growth companies, who have been underserved for too long”.

TCV has previously invested in the likes of Airbnb, Netflix and Spotify as well as fintech heavyweights including Nubank, Revolut, Brex and Mambu.