The enemy of ‘good’ is ‘better’

The enemy of ‘good’ is ‘better’. My mama always says that (there you go, Kevin, more Leda’s mum quotes for you). 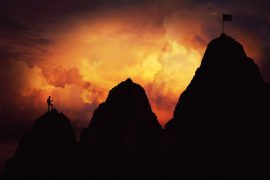 The minute you become aware of ‘better’ being possible, ‘good’ is no longer good enough

It’s true. And it’s not a comfortable truth, let me tell you. Because first of all it’s never ending. And secondly, the minute you become aware of ‘better’ being possible, ‘good’ is no longer good enough.

It is a qualitatively different position to ‘perfect is the enemy of done’ I will have you know. Because my mum’s position, as ever, is a call to action, vigilance, iteration. In that sense, it is the opposite of ‘perfect is the enemy of done’ where the enemy is prevarication. My mum’s call to action is a reminder that ‘better’ may well come along after you think you are done building ‘good’. And when it does, you start again. And again. And again. For as long as ‘better’ is possible.

If only banks listened to my mum.

I know we’ve gone deep into culture and conduct and humanity’s foibles over the past few weeks, and apologies if today’s piece is a bit drier. We will be back with the other stuff before long, I promise. Today’s little rant is around real-time anything.

And it’s a story in four parts.

Part one: who cares?

I paraphrase of course, but when we first went around Big Banks explaining what APIs are, how they work, why they may be useful and indeed unavoidable, the banks were largely indifferent.

Then we had resistance.

But first we had profound indifference, and it’s important to remember that.

Then we had resistance… and within that we had both high drama and sheer comedy. (One bank I worked with had a CTO that pretty much transitioned the entire company to an API-first model without bothering to explain to the business what that would do to their price point… oh the fun we all had when they realised… he wasn’t long for this world after that but, as you can imagine, the tide had turned and the future had landed. And the future was unpleasantly cheaper. But that’s a story for another time.)

Part two: when you have a hammer, everything looks like a nail

You know that part.

We are past indifference and resistance and now we are good to experiment.

The innovation teams got a green light to use a technology and they went to town with it.

We saw it go to comedic lengths when blockchain became de rigueur. Some of the use cases were downright bizarre. It’s like when your auntie over-orders a particular fabric and suddenly the whole family are dressed in a pattern that matches the curtains, the upholstery and the dog’s bed. Just saying. It’s normal. But it doesn’t help.

So when APIs became a thing banks accepted, we started seeing some weird and wonderful things like a push notification giving real-time custody position movements… which is great… but custody positions kinda don’t move very often and when they do it’s not a surprise so OK yeah… nice, thank you. But no thank you.

Part three: yes, but first let’s have a lie-down

This is my favourite part.

It happened soon after the second phase of going around trying to create single-issue use cases leveraging the tech, creating real-time events but not an event-streaming architecture. And trying to do that came with the daunting and horrifying realisation that in order to deliver real-time services, a couple of things needed to happen: first of all, data needed to be understood, organised and accessed with no delays or exceptions. Secondly, real-time services mean real-time experiences, which means that it’s not enough for your bit over here to be real time, the whole client journey has to be real time. And yes, that means the unhappy path too. And that by extension all activities, processes, permissions and calculations have to be real time. And that is rather a lot, you know.

Onboarding? Affectionately known inside banks as ‘the Hairy Beast’. (I bet you a tenner every bank you can name has had a version of an onboarding project running for longer than you’ve been alive. They are not the same project. They have not failed. They just haven’t finished.)

And for corporates? Real-time liquidity management, you say?

Do you realise how many systems that will entail?

Part four: all the things, all at once

Contrary to what you may hope, this realisation didn’t cause a panic and a rush of activity. Oh no. It caused a slow-down. Where to start? Any way of avoiding it? Any shortcuts? Anyone else doing it? Are we left behind? Keeping up with the Joneses seems like a good strategy, no? Anyone know what the Joneses are up to?

And the Joneses didn’t move very fast. So that was reassuring. And misleading.

Because the Joneses didn’t move fast but the market did. The challengers did. The regulators did. The economy did.

So all the things that needed to be real time now are. Just perhaps not in your shop.

And all those things need to work together, safely, at scale, in real time.

And the reason ‘now’ is the time is that the enemy of ‘good’ is ‘better’. And ‘better’ is coming at you from all directions other than within.

I am not saying that you and your usual incumbent competitors aren’t ‘good’ when it comes to your digital achievements… I am just saying that what is happening around you is ‘better’.

And my mum would tell you, that’s reason enough to get doing… better… yourself.

And you, sirs, should listen to my mum.