Bank of Ireland has appointed Myles O’Grady as its new CEO and executive director, effective 17 November 2022. 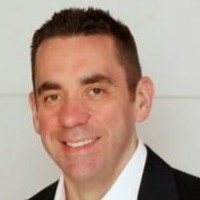 Patrick Kennedy, Bank of Ireland’s chairman, says Kelly will work closely with O’Grady “to support a smooth transition into the role of group CEO, and will remain a key member of the group executive committee”.

O’Grady was previously chief financial officer (CFO) at Bank of Ireland between January 2020 and March 2022 before he left to join Irish food wholesaler Musgrave Group. During his time as CFO, the bank says O’Grady “played an integral role in the Davy and KBC portfolio acquisitions”.

J&E Davy, an Irish provider of wealth management and capital markets services, was acquired by Bank of Ireland earlier this year for €427 million. The bank is also in the process of completing the €9 billion acquisition of the mortgage loan books from rival KBC Bank (expected to complete in Q1 2023).

O’Grady originally joined the bank in June 2019 as director of commercial partnering, Ireland, and was also appointed group non-executive director at Bank of Ireland UK and New Ireland Assurance Company.

Over his 30-year career, he has also held senior roles at AIB Group, Citibank and Dresdner Kleinwort Benson.