DBS and digitalisation: what the West can learn from the East

The march of digitalisation across financial services continues unabated. But some banks, financial institutions, and regions of the world are ahead of the pack. 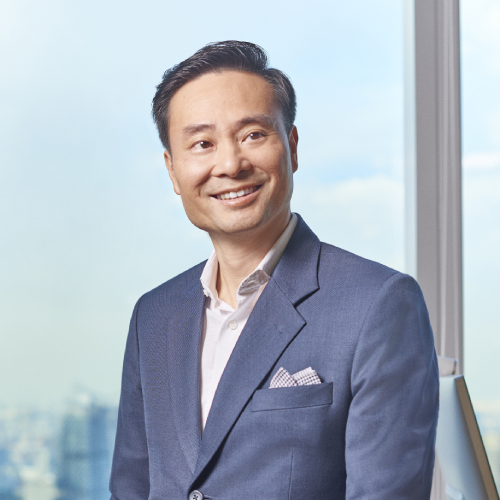 With canny foresight, Singaporean multinational DBS has made moves to stay ahead of the curve. It has invested in digitalisation both for the benefit of its customers and its internal organisation. The result is a bank that weathered the pandemic lockdowns, utilises artificial intelligence/machine learning AI/ML to grow its customers’ wealth and is nimble and agile like the best fintechs.

FinTech Futures recently spoke with Shee Tse Koon, group executive and country head of DBS Singapore, to discuss the innovative ways DBS is using data to boost its digital banking offering, the rise of phygital and what Western markets can learn from Asia.

“Digital is now the baseline for banking, but meaningful innovation is the true litmus test,” says Shee Tse Koon.

Tse Koon, who has also held roles including chief information officer and head of technology and operations at Standard Chartered, says DBS is “very much focused” on using technology to help customers grow and manage their wealth not only during the good times, but more importantly so they can protect their wealth and ride out the uncertain times as well.

He says the push to become “digital to the core” has paid off, especially during the pandemic, when both corporate and retail customers were able to bank with DBS in an uninterrupted manner from the safety of their homes, even as different markets experienced lockdowns and various restrictions.

For example, 90% of DBS’ banking services can now be accessed online, including processing large transactions such as mortgages and mortgage refinancing. “In fact, more than 80% of the transactions are now done digitally for the majority of our retail products,” Tse Koon says.

DBS has found that instead of creating barriers, technology has actually “amplified” the human connection between the bank and its customers, which in turn “has driven the transformation of our bank branches”, which kicked off in 2020.

Adopting a ‘phygital’ model, DBS combines “the best of our digital services” with personalised face-to-face expertise via the firm’s wealth planning managers and digital ambassadors at branches.

“Since the transformation, we have augmented our capabilities to handle larger customer capacities, and we are doing so digitally,” Tse Koon says. “Customers can now perform the five most popular over-the-counter transactions through self-service banking.”

Tse Koon says the ‘digital to the core’ approach has embedded DBS’ services into the daily lives of many of its customers, adding that more than half of the population in Singapore is using DBS NAV Planner, the bank’s AI-powered digital financial and retirement planning tool.

Since the launch of DBS Nav Planner in April 2021, the bank has seen the assets under management (AUM) of its users double, “which speaks to the effectiveness of the advisors’ ability to guide our customers to invest and grow their wealth in spite of recent market volatility”.

Tse Koon says AI and machine learning are “fundamental” to a lot of the work done at DBS. “We have found that the intelligent use of data is key to helping our customers make the most of their money.”

DBS currently has 450 AI/ML models running in the bank with more than 580 data scientists and machine learning engineers developing these models. “Today, we can deploy a model in between six and nine months,” Tse Koon says, with AI/ML models not only deployed for HR and risk and compliance matters, but also to inform marketing decision making.

“The key is to be able to deliver intuitive, unintrusive, and hyper-personalised experiences to our customers when they need it,” Tse Koon explains.

This is done through DBS’ Intelligent Banking engine, which combines predictive analytics, artificial intelligence, and machine learning technologies to transform raw data into actionable insights and nudges for DBS customers.

“Every month, we send out 30 million nudges to our customers in Singapore, and we are expanding them to more of our other five key markets overseas,” Tse Koon says. 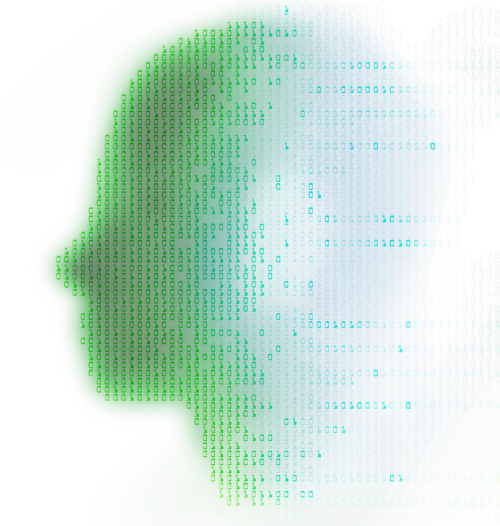 Digitalisation has laid the groundwork for AI/ML consumer banking solutions

Some examples of these automated nudges include earnings release alerts, equity price movement alerts, and remittance FX alerts to help customers proactively monitor their portfolios and capitalise on market opportunities.

“We’ve also designed nudges for our wealth management relationship managers, providing them with insights into their client portfolios, so they can more proactively tailor their advisory,” Tse Koon adds. These nudges have led to a 1.2x increase in client engagement in DBS’ affluent segment compared to the time period before the nudges were launched.

Through the use of advanced machine learning, customers can also tap into DBS’ AI-powered investment advisor to identify and close investing gaps as well as project income flows. The DBS Nav Planner also enables users to stress-test their retirement plan with customisable inflation metrics to ensure they are adequately prepared.

“Our strong focus on data and machine learning has paid off,” Tse Koon says, with 2.8 million customers having used NAV Planner so far, with the majority between the ages of 21 and 50.

“These hyper-personalised nudges from the AI-powered investment advisor contributed to a four-fold increase in customers who were able to complete their investment journeys.”

Leveraging digitalisation and the technologies it can engender has required DBS to embark on a business transformation journey. To ensure its success, DBS outlined a strategy to maintain focus on the problem that the bank was trying to solve.

Tse Koon says all successful business transformation stories have one thing in common – “a very clear focus on the organisational mission”.

In the case of DBS, it was essential the bank became digital to the core to embed itself in the customer journey and push “customer journey thinking” throughout the organisation.

“This is something that tech companies have done exceedingly well, and because of that, they have been able to become nimble and accelerate time to market,” Tse Koon believes.

At an organisational level, the bank developed five key elements to drive its transformation agenda. It gave more power to employees to develop individual projects, engineered tech and systems that are “scalable, elastic, and made for experimentation”, initiated widespread automation, practiced being “agile at scale”, and re-examined cross-team collaboration.

“These five elements became the mission that we embarked on as we started the deep digitalisation of all aspects of our business,” Tse Koon says. “From re-architecting our technology infrastructure to transforming our mobile-first frontend, we make it simple and easy for our customers to engage with us digitally.”

Coupled with a focus on agile methodology and customer journey thinking, DBS has made improvements in its speed to market and the customer experience. “This translates to more digitally-engaged customers,” Tse Koon says.

DBS has built out its “tech bench” over the years, with 10,000 technologists and engineers working at DBS today – twice the number of bankers within the organisation. And many more tech roles are emerging at the firm.

“Along with that, we are also doubling down on our commitment to upskill and reskill our people to prepare them for the future of banking,” Tse Koon adds. This involves identifying more than 7,200 employees to be progressively upskilled and reskilled in areas such as design thinking, advanced data analytics, AI/ML, and agile practices.

Tse Koon believes the most important aspect of the bank’s digital transformation is the “digital mindset, so our 22,000-strong employee base can behave and operate like a tech start-up”.

To ensure this digital mindset is present throughout the firm, DBS has a framework for innovating, called the Innovation Pyramid, that helps to industrialise the creative enterprise across the entire bank.

“By imbuing a start-up culture in the organisation and equipping employees with important digital skills, we believe that a spirit of innovation and entrepreneurship will continue to flourish.

Externally, across the regulatory and legislative landscape, DBS has benefited from a centralised, holistic approach to digitalisation in Singapore and the wider APAC region.

“Banks in Asian markets such as Singapore were also able to capitalise on certain socio-political dynamics that may be more pronounced in this region, such as robust public-private partnerships (PPP),” Tse Koon says.

Additionally, the Singapore government’s Smart Nation initiative has made digitalisation a journey to be undertaken by the entire nation in an effort to transform the country through technology.

This includes moving towards cashless and chequeless payments, which contributed to the successful deployment of QR code payments in Singapore. The deployment saw the participation of seven banks that accounted for 90% of all retail transactions in the country.

Another example would be SGFinDex, Tse Koon adds, which is akin to what the West might refer to as “open banking”.

Led by the Monetary Authority of Singapore, relevant government agencies and major banks in Singapore co-developed the platform to allow consumers to consolidate their personal financial information (such as deposits, credit cards, loans, and investments) from the participating banks and central depository accounts on the Singapore Stock Exchange, and other financial information from the relevant government agencies (including national pension funds).

With a click of a button, consumers can have an overview of their overall financial health and plan their finances holistically.

“Our DBS NAV Planner is also able to tap into SGFinDex to deliver customised and hyper-personalised financial advice to our customers,” Tse Koon adds.

What the West can learn from the East

Whether it’s Asia or the US, Tse Koon says each market faces its own set of challenges and opportunities. 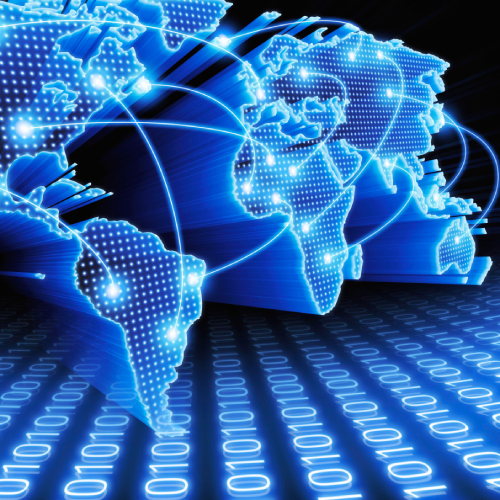 In the global village, digital banking trends can be exported across the world

“However, the interconnectivity of global economic activities means that trends initially contained within one region will often spread to others in a short time span.”

Understanding megatrends that are happening around the world, “and then actually acting on them, is key to ensuring you are shaping the future of banking, instead of just playing catch-up”, Tse Koon adds.

One such megatrend DBS observed in Asia is the blurring of the lines between social and payment platforms, which has seen a generation of “fiercely competitive” fintech players in China and various Southeast Asian economies that are focused on capturing this segment.

While this is widely regarded as a global phenomenon by now, DBS observed this megatrend as early as 2014, Tse Koon says, when large tech platforms in the region such as WeChat and Alipay were trying to enter the financial services space.

“Having recognised that technology will be the bank’s core competitive advantage, DBS undertook its transformation journey much earlier than many of its peers eight years ago, with the realisation that DBS needs to be a tech company, and not just a bank.”

Over the past decade, DBS has invested approximately SGD 1 billion ($730 million) annually in technology, developing solutions and exploring use cases in areas such as AI/ML, the cloud, and blockchain.

That investment has paid off, with 90% of consumers in Asia now banking digitally.

Tse Koon believes that this is an area that Asia has done well in, considering roughly only 9% of banks in the US had embarked on a digital transformation strategy by 2018 and 70% of European retail banks’ tech budgets were spent on maintaining daily operational processes and satisfying compliance requirements.