All the light we do not see

This piece has been a long time coming. In fact, I have been mulling it since the summer. 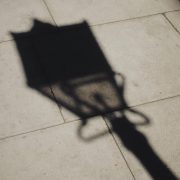 Gaslighting happens. It sucks. But if you see it happening to someone, maybe you can stop it.

A good friend who asked to remain unnamed shared his experiences of gaslighting with me.

Art imitates life to explain it.

My friend pointed out that he didn’t know the phrase for so long and then, when he came across it, his brain lit up with a million flashbacks of workplace situations that were textbook examples of exactly that thing that he now has a word for.

In case you have not come across the term before, it refers to a form of intentional manipulation where someone seeds self-doubt as a means of control and coercion.

The perpetrator makes their victim (and, in a workplace setting, their audience) question their beliefs, sanity or reality. They can do that by trivialising something, by downright denying the reality of something, by acting like something that just happened… didn’t.

If it sounds mad, imagine being at the receiving end of it.

Only you probably don’t need to imagine it. You have had it happen to you, right?

If you are dating a narcissist it has happened at home. And I am sorry from the bottom of my heart. It is insidious. It is soul-destroying. It defies description. But you can escape from it.

If this is not happening at home (and I hope it is not), it is happening in the office. And there it’s much, much harder to identify it for what it is because it is diluted and interrupted (and let me also say although the effects are not as pervasive as if it is your partner, they can be as damaging in the long run).

The term is derived from the 1944 film Gaslight, although it didn’t reach wide use until the mid-2010s.

Because it feels bad. But also because it poisons your culture faster than you can say ‘arsenic’. (Fun fact: in Greek the word for arsenic is the same as the word for male. I misunderstood many a Cosy Murder film in my youth, but that’s a story for another time.)

It looks like people claiming they were not in meetings they were in… did not write emails they wrote… did not commit to things they committed to… putting the onus on you to call them liars and then asking you to furnish proof… and when you do (and this is important), they double down in denying that what you provided proves the nuance of what you had originally claimed… conveniently skating over their original lie.

Many years ago, I had a colleague who started taking photos of meetings (all attendees holding their thumbs up in the air) to be done with the nonsense of ‘I wasn’t there’.

It looks like someone questioning your facts and referencing their own but not sharing those.

It looks like someone looking at your facts and figures and calling them an interesting point of view. Subjective and debatable.

It looks like someone asking you for your opinion and then mocking the words you use (my friend once said he would use Camel to solve a problem – an open-source framework, not the animal – and he was jeered with cries of camel toe in a meeting… I once questioned whether doubling down on building out a Ruby team was the right call for the organisation I was in at the time and I was told ‘bitches never do get on with other bitches do they’).

It looks like all your suggestions being summarily dismissed because everything you suggest has already been tried and found wanting (a guy called Dave has always tried that, whatever that may be, before you joined).

It looks like your research, the performance metrics pulled out of the relevant systems or direct feedback from clients, being treated as ‘your version of the truth’.

I am not an absolutist. I have read Pirandello (and if you haven’t, do… six characters in search of an author is an excellent study in the subjectivity of human experience). But certain things are binary. This planet comes with gravity. Fact. All life ends eventually. Fact. Outage windows are time-stamped. Fact.

Certain things are true or not.

Crossing your arms and saying ‘nope’ to things that can be proved to have happened doesn’t make them go away.

But it does make trust go away.

It makes good will go away.

It makes the people you do it to go mad… either with confusion, driven into an insecurity-mired silence… or with the righteous indignation of refusing to be gaslit.

That’s when we are called feisty, confrontational and aggressive with our version of the truth.

The fun we are all having.

Now I have some bad news.

It is not an uplifting message, and I am sorry for that.

Would it help to tell you that he’s successful?

He has built several successful businesses, some of which were bought out and some are still running. He is universally respected. He is liked and loved and admired.

This thing happening didn’t stop him. But neither did he stop it from happening.

It happens. It sucks. It won’t stop you from achieving things, if it happens to you.

But if you see it happening to someone, maybe you can stop it.

And I am going to go out on a limb and say that the only reason this gaslighting business happens is because people somehow learn that it is a good strategy for career building. For survival. For dominance.

In your organisation. Right now. Shine a light on this behaviour. Reward it, tolerate it and ignore it no more.

You will be amazed how quickly the perpetrators will learn new tricks when the old ones stop working.

So teach them what is acceptable in your organisation.

If they learn, good. If they can’t, too bad for them. But no longer too bad for you and your team and your business.

Step into the light.