Our weekly fintech round-up for you to get the latest funding news from North America.

Canadian data platform Cinchy has secured $14.5 million in a Series B funding round led by Forgepoint Capital.

Through its dataware platform, Cinchy enables organisations to “liberate” enterprise data from their applications, databases and spreadsheets, and connect it within a network-based architecture, allowing “instant visibility” into organisational data.

Its clients include TD Bank, National Bank, Colliers International, AIS and the YMCA.

“Our mission is to liberate and harness the power of data, giving it back to teams and organisations to accelerate digital transformation and growth,” says Dan DeMers, CEO and co-founder of Cinchy.

DeMers adds that the funding will be used to expand Cinchy’s team and release new offerings including “pre-built dataware solutions designed to help organisations instantly liberate both trapped data and siloed SaaS applications”. 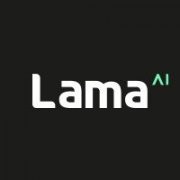 The round also saw participation from Foundation Capital and SixThirty and a number of angel investors.

Lama uses an artificial intelligence (AI) platform to enable banks, fintechs and other companies to onboard customers “faster than ever” and offer access to bank-rate credit opportunities including term loans, lines of credit, asset-based lending, factoring, letters of credit and small business administration loans.

Lama says its initial focus is on the US business banking market. Based on pilots conducted with several US financial institutions, it claims its platform can improve a typical bank’s deal-flow acceptance rate “by 300%” and reduce the intake process “from months to days”.

Kudos, a smart wallet which aims to maximise consumer rewards and benefits while shopping online, has closed a $7 million seed funding round.

It has also launched its mobile and desktop extension to the public.

Kudos says it will use the funding to further develop its first product, a smart wallet “that helps users simplify checkout and maximise their credit card rewards whenever they shop online”.

It will also allocate funds to future initiatives, including the launch of additional cashback boosts across 12,000 merchant partners, user growth, and a number of other features yet to be announced.

Founded in 2021 and based in Los Angeles, Kudos launched its beta a few months ago, and since then claims an organic increase in downloads averaging 36% month-over-month and $4.5 million in annualised checkout gross merchandise value.

Crowded, a banking and financial management service for non-profit clubs, groups and their members, has raised $6 million in a seed round led by Garage.

Additional investors in the round include Philippe Bouaziz (co-founder of Deel), Michael Marks (Innoventure Partners), and executives from Bain Capital, Goldman Sachs and Macquarie.

The start-up, founded in 2021 and headquartered in New York, says it plans on using the capital towards improving and launching new features, improve its user experience and grow its team.

Miami fintech Biller Genie has raised $5 million in Series A funding led by Henry Helgeson, founder and former CEO of Cayan, with participation from existing investors.

Helgeson will also join Biller Genie’s board as a strategic advisor.

The funds will be used towards expanding its product suite and distribution channels, as well as automating its onboarding process and developing application programming interfaces (APIs). It will also use the funds to grow its team.

“Our average subscriber gets paid 15x faster, reduces their overdue invoices by 40% and saves 10-20 hours of administrative work per week,” it says. 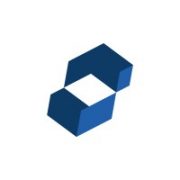 Uplinq raised $3.5 million in a pre-seed funding round in April, bringing the total money it has raised so far to $4.75 million.

The funding will help Uplinq scale its workforce, product offering and global presence, with the US market being a priority in this stage of growth, the start-up says.

“Better risk assessments mean Uplinq is helping banks and fintechs issue more loans and do so more profitably. The Uplinq team has the start-up experience, data sources, and sophisticated mathematical models to help transition SMB lending to the next level as a significant value driver.”

Founded in 2017, Wildfire provides a platform through which clients can embed social commerce, cashback rewards, digital coupons and shopping companions within their existing services. It claims to drive incremental revenue for more than 50,000 online merchant programs in more than 50 countries.

The new investment will support Wildfire’s technological innovation and the development of new features.

Wildfire has received $24.5 million in venture investment to date, including this new investment from Citi Ventures. It raised a $15 million Series A round in August 2021.