Paytech firm Xendit has laid off 5% of its employees in Indonesia and the Philippines, citing uncertainty in the macroeconomic environment. 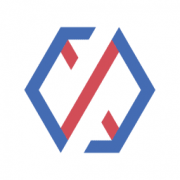 Xendit lays off 5% of its employees

Xendit’s chief operating officer and co-founder, Tessa Wijaya, says the decision is a difficult one but is “necessary for business sustainability and growth”.

She adds that the affected employees will receive “suitable compensation” alongside additional benefits including extended health insurance, psychological assistance and help in finding a new job.

Xendit currently has more than 900 employees, according to a recent Forbes report.

The move comes just a few months after the company raised $300 million in a Series D funding round led by Coatue and Insight Partners, which brought the total capital raised by the start-up to $538 million.

It became a unicorn following a $150 million Series C fundraise in September 2021.

Founded in 2014 and headquartered in Jakarta, Xendit provides payment solutions for businesses in Indonesia, the Philippines and Southeast Asia.

Xendit is the latest company to feel the pinch due to ongoing market volatility, with both TrueLayer and Klarna announcing job cuts last month.

In August, Aussie crypto exchange Swyftx laid off 74 employees – 21% of its workforce – while Canadian growth capital firm Clearco cut 125 jobs as it faces up to “significant headwinds” in the economy.