How Paycraft is helping ease urban mobility in India

As digital transaction volumes in India continue to break records, transportation and urban transit remains a segment playing catch up. 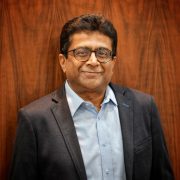 In an effort to boost the country’s transport payments sector and align with the Indian prime minister Narendra Modi’s “one nation, one card” vision, Paycraft is taking definitive steps towards closing the gap between offline and online payments.

Paycraft was founded in 2013 with a focus on catering to offline digital transactions, a segment it considers niche and overlooked compared to the online payments market in India, which had seen many players emerge by then.

Headquartered in Mumbai with offices in Pune and Bangalore, Paycraft has over the years grown to employ more than 200 people.

Its current product offerings include SaaS-based card management solutions to enable companies to issue debit and prepaid cards; acquiring solutions for handling offline and online transactions; and NFC payments and mobility card solutions, among others.

The company claims to have achieved a revenue of over $5 million last year, with an ambitious target to double its revenue every year.

FinTech Futures sat down with Ambarish Parekh, CEO of Paycraft, to discuss what the company offers and how it has evolved over the years.

A first-generation entrepreneur with over two decades of experience, Parekh has spent nearly half of his working life in the payments space.

He says offline payments was such a niche sector in India that Paycraft had no government specifications to rely on during its early days.

“Nobody was doing offline payments in India,” remarks Parekh.

“We engaged with various government bodies, including the Ministry of Finance and the National Payments Corporation of India (NPCI),” he explains. “A body was formed, and Paycraft was part of the technical specifications committee for offline payments in India.”

“The next hard work was to convince the banks and the transport authorities to implement that.”

By that point, Paycraft had doubled down on building an entire ecosystem – a proprietary automatic fare collection system, a card issuance platform and an acquiring and issuing side switch – for metro and bus implementations, allowing transactions on a bank-led card.

“Today, Paycraft holds almost 95% market share in India in the transport sector wherever a bank-led implementation is happening, be it in a metro or bus,” Parekh claims.

Expansion into Africa and the UAE

Paycraft expanded its footprint into Africa almost a year ago by forging a partnership with Yopesa, a fintech start-up belonging to Bidco Group in Kenya.

A fast-moving consumer goods (FMCG) group with operations in 17 African countries, Bidco wanted to enter the payments space, which led the firm to start Yopesa.

In this partnership, Paycraft and Yopesa are working on digitising the “entire” web payments space of the logistics sector in Africa, across the 17 countries Yopesa’s parent group operates in.

“Currently, all transporters in Africa work on a cash mode,” explains Parekh. “All payments are done by truck drivers in cash, whether it is for fuel, car repairs or anything else.”

Together, the two firms are building a digital payment ecosystem which will be both mobile and card-based. Parekh adds it is due to go live soon.

“In the UAE, we have gone the extra mile,” he says.

Mercury, the Middle East’s first domestic payment scheme, is headquartered in the UAE and supported by the country’s government.

Paycraft became the preferred processor for Mercury and has set its sights on expanding its reach in the MENA region. To that effect, the firm has plans to open a new office shortly, from where it intends to run its MENA operations, with an eye on Europe and Southeast Asia as well.

Next in the pipeline

Paycraft’s latest offering is defined as a “one nation, one corporate card” solution that is currently undergoing closed user group testing. The company is aiming for a commercial launch in mid-October.

The firm has created a payment ecosystem for corporate employees wherein a single card can be used for meal benefits as part of an employee’s cost to company (CTC), travel reimbursements, receiving sales incentives, getting a personal loan from banks and travel on a metro or bus anywhere in India.

Parekh describes it as “one single card which covers the entire end-to-end 360-degree lifecycle of a corporate employee”. He adds that the company is aiming to onboard 50+ corporates within this financial year for this new product.

Parekh stresses its exclusivity, claiming “there will be no other entity” able to provide an integrated solution like this one.

For the new launch, Paycraft’s banker will be NSDL Bank, with a view to onboard multiple banks in the future.

In terms of funding, Parekh disclosed that the firm is currently in “advance level discussions” to raise $10 million, with the round expected to close by the end of this year.

Paycraft received strategic funding from Mastercard in January 2020 with a vision to support the transit ecosystem digitisation in India, before which it was a bootstrapped venture.