UAE-based Ajman Bank and Mastercard have teamed up to launch the “world’s first touch card” that will allow blind and partially sighted people to make payments and distinguish between their cards. 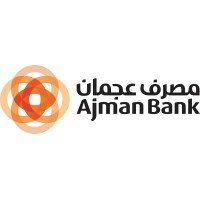 Mastercard says it aims to address the challenge faced by people with compromised vision in distinguishing their cards by introducing a “system of notches” on the card’s side.

“For visually impaired customers, selecting the right card can very often be a challenging experience,” says Mohamed Amiri, CEO of Ajman Bank. “Touch card allows consumers to quickly distinguish which card they are using through the three distinct notches.”

Mastercard adds that its concept has been “vetted and endorsed” by the Royal National Institute of Blind People (RNIB) in the UK and Visions/Services for the Blind and Visually Impaired in the US.

The card was co-designed by French tech firm Idemia, which provides identity technology solutions in the physical and digital space.