The Qatar Central Bank has issued the first licence in the country for digital payment services to Ooredoo Money and iPay by Vodafone Qatar. 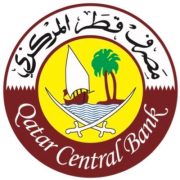 In a tweet, the central bank explained that issuing the licence is “an initial step to include all companies providing digital payment services” under its own supervision.

The Qatar Central Bank adds that the step will “contribute to the development of the financial technology sector and enhance financial inclusion” in the country.

Qatar has seen an increase in activity in the digital payments sphere of late.

Earlier in August, the central bank announced the launch of Google Pay in the country “after completing the necessary tests”. It tweeted that “all global electronic wallet services for cards such as Apple Pay and Samsung Pay are accepted in the state of Qatar”.

Meanwhile, in June, Qatar National Bank (QNB) broadened access to its open banking platform, opening it up to the bank’s customers and partners as well as the country’s fintechs.

QNB says its open banking APIs could transform the fintech landscape in Qatar and help launch “innovative futuristic solutions” for nationals, residents and visitors to the country.