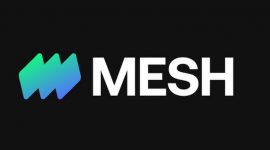 Mesh last raised $50 million in its Series B funding round in December, which was led by Tiger Global. The new investment takes the total amount raised by the company to $123 million.

Mesh says the new money will be used to expand its go-to-market efforts and accelerate product innovation.

Founded in 2018, Mesh Payments allows finance teams to automate, control and optimise their corporate spend and has over 1,000 mid-market companies as clients.