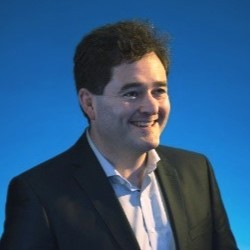 Kelly joined Bank of Ireland in 2007 and was appointed chief executive of its Retail Ireland division four years ago.

Bank of Ireland chair Patrick Kennedy says: “In this role, Gavin oversaw the provision of banking products and related financial services to personal, business and wealth and insurance customers.”

Last week, The Irish Times reported the bank’s board had tapped its former chief financial officer (CFO) Myles O’Grady to become its next CEO, though his appointment remains subject to regulatory approval.

McDonagh spent five years leading Bank of Ireland, one of the republic’s ‘big four’ banks. She was set to head up Credit Suisse’s EMEA region but will instead join the firm as group COO, starting on 19 September, supporting the group’s strategic development, including operational and cost transformation and enterprise architecture development.