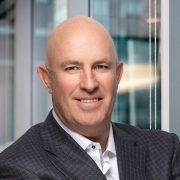 Myers, who has more than 20 years’ worth of experience leading sales, marketing and business teams, will head up the US firm’s banking business, handling sales and solutions delivery.

Myers joins from US Bancorp subsidiary Elavon, where he most recently served as chief revenue officer (CRO) and president of North America in Atlanta, Georgia.

He spent more than 11 years in a number of roles at the company and was responsible for its growth strategy, business development and all revenue-related activities.

British banking giant Barclays is to sell its remaining 7.4% stake in South African banking group Absa, marking the end of an almost century-long tenure on the continent.

The bank announced in 2016 it planned to leave Africa and consolidate after a tumultuous year and instead focus on its UK and corporate arms.

The UK’s all-party parliamentary group (APPG) for challenger banks and building societies has outlined how new reforms in the financial services sector could support the government’s levelling-up agenda.

The APPG calls for a financial services “big bang”

The challenger banking APPG has made five recommendations, most notably calling for a new “big bang” in financial services to break up the dominance of the UK’s big five banks, which it says remain “insulated from the forces of competition”.

The group’s chair Karen Bradley MP says financial services can play a “big role” in the government’s levelling-up agenda and the ongoing cost-of-living crisis, “but overly cautious regulation is holding them back”.

Confirming the news on LinkedIn, Railsr CEO Nigel Verdon welcomed Haythornthwaite “who will join Railsr as chairman and is my new boss”.

“Thanks to one of our loyal investors Mo El Husseiny of Ventura Capital who introduced us to Rick,” Verdon adds.

ING, the parent company of Yolt, has decided to phase out the latter’s B2B open banking operations a year after closing down its consumer-facing smart money app to focus on its technology business.

Yolt to close down

The Dutch banking heavyweight says that it evaluated all options and concluded that it is “not feasible to achieve its ambitions with Yolt”.

“ING and its businesses continuously evaluate activities, including assessing whether they are likely to achieve the preferred scale in their market within a reasonable time frame,” it says.

“In this context, the evaluation has led to the decision to phase out Yolt.”

Yolt says its customers have been informed of the closure, and that it will meet all contractual obligations as it winds down operations. ING aims to complete the phase-out by the end of April 2023.

We're pleased to be a media partner with @FintechTalents! Featuring over 2,000 live festival goers including glob… twitter.com/i/web/status/1…

#FinTech Futures #Jobs: How to assess a company’s culture before you say yes to a job offer You got the job. You’r… twitter.com/i/web/status/1…

New report out now! #Banks and the digital #payments revolution This report was derived from extensive global rese… twitter.com/i/web/status/1…

RT @joinmettle: Looking for a #Fintech podcast this Friday morning? Our very own Kim Symmons sat down with @FinTech_Futures to discuss ho…

Does a composable #banking future spell the end for programmers? As industries merge, the need to mix and match so… twitter.com/i/web/status/1…