The blurred line between ‘utility’ and ‘value’

“We will never do anything with this technology,” said the big bank CEO before taking a sip of his drink. 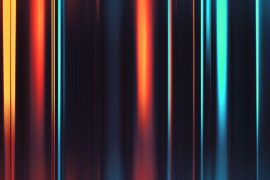 You’ll always need a little more tech, but at least you don’t need to build it all

The place, one of those uniformly glitzy-yet-bland industry parties that a Big Four consultancy or Magic Circle law firm or equivalent hosted at Sibos.

And the technology he was talking about?

Actually, it doesn’t even matter. It was DLT, if you must know, but it doesn’t matter. Because what he said next covers all manner of sins and explains why so much technology adoption becomes an impossible circle to square for big banks.

We will never use this thing, he said.

Because, as we look at the fabric of financial services as it is today, he said, we know what’s useful and what’s necessary. We know what’s value-additive, where we make our money, and what’s the necessary scaffolding to get there.

We don’t know how to make hay with it, first of all, and as if that wasn’t bad enough, we don’t know how far it needs to go before we know what we need to know. So we know it’s important and we will stay engaged, but we can’t commit until we know where our interests lie and we just don’t know that yet.

How right he was, by the way. But what does all that even mean?

Well. Let me put it this way:

In an API-first world, is there any value in me building my own gateway?

If you know the answer now, you didn’t know it ten years ago. Not necessarily. And many a bank started by spending hundreds of millions of dollars on building their own API gateway rather than spending their time and money working out what their business differentiator was in an API-first world. And they didn’t do that because they are stupid. They did that because, at the time, it seemed important to own your gateway. Incorrect, but hindsight is 20/20, so knowing where those lines are is as important as it is hard.

So, in an API-first world, do I focus on my data schemas, my SDKs, my gateway, my latency…

If you know the answers to most of those questions now, then you will know some are super easy to answer and some depend on your business and your market. And ten years ago, none were easy to answer, and this was the very conversation held behind closed doors.

And it was had about all new tech.

Yes DLT. Yes APIs. But also it defined how banks thought about cloud, it applied to how they thought about containerisation and new security protocols and machine learning.

It explains why they hesitated and how they measured the timing and depth of commitment they were willing to bring to the table.

If this new tech (whatever it is we are looking at) heralds a totally new world – where value will be generated in new ways and a whole host of things will be needed in order to be able to generate said value – which of these things that are needed do I buy and which do I need to own?

What is ‘plumbing’ and what is ‘special sauce’?

What is table stakes and what is the winning hand?

Where in the stack does ‘proprietary’ end and ‘utility’ begin?

Because utility (unless you have already built it and are offering it as a service) is where the conversation ends.

In an industry suffering from what we affectionally call ‘not invented here syndrome’ when it came to any tech that wasn’t deemed special or built by the bank’s own teams. In an industry that was raised on the staple diet of ‘if it is important, you build it yourself, you own it and whatever you do… you don’t share it’. In that industry, the advent of the new economy where new-fangled technical capabilities challenged how value was generated, measured, distributed and consumed, bringing with it a need to own less of the plumbing, was baffling.

Because there was a lot of it.

You don’t just build an API and away you go.

From data governance to pricing API calls, you need to think about what your product does and what your customers do with it in a way that is different and changeable. And there are a whole host of things that need to be true before you are even able to think about all this.

In an API-first world, you need to think about connectivity.

You need to think about a world ready and willing for you to connect into.

You need to understand the ramifications of ongoing connectivity and be cool with it all.

You need to think about that and not get palpitations because you don’t own everything.

You need to not own everything and be OK with it but equally be clear about what you need by way of assurances, robust proof points and agreements in order to be OK with it.

In short, you need to know where you generate value in the new configuration of things: what you need to own… and do… in order for people to be willing to pay you… and what expectations you need to have of the utility components so that your service runs smoothly, reliably and with no surprises. So that your service scales to your ambition. On the craziest aspirational day.

Knowing where the line is between what you need to do in order to continue having a business and what is table stakes for said business running smoothly is one of the hardest things.

Banks struggle with it. Don’t ask me why.

I talk about the reasons why all this causes banks to struggle with the simplest things every day. You know the answer.

Banks struggle today with this as much as the big bank CEO struggled back in 2009.

And although things have moved on and moved up and moved forward, the challenge and the tension is still there. There is so much more to do than ever before.

And the anxiety remains.

What if this new thing is the value-added thing? Or that one?

Meanwhile, indecision burns time. Time we don’t have because there’s ever more to consider than ever before and we have been wasting time every step of the way.

There is ever more to build. And if you try to build stuff that is neither in your wheelhouse nor should it be, there is more to do than you have time for… more to break than you can afford.

I appreciate that working out where to build and where to partner is hard. I appreciate that knowing where the line between ‘must build this, this is your business’ and ‘must have this in order to run a proper business but it’s not differentiating, it’s just absolutely bloody necessary’ seems blurred.

But all these years on, I would hazard that the line seems blurred because it keeps moving.

It keeps moving up the stack.

The answer to ‘How much of the tech estate I need to run a digital business should be proprietary?’ keeps shifting but the direction of travel is consistent: you need to own less and less of it all, but the complexity of what you need is growing. The utility, necessary but not yours to build, keeps getting bigger.

The line is blurring from moving too fast.

The world is blurring from moving too fast.

Life is going faster. The economy is shifting faster. And so is your business.

You will always need a little more tech than you needed yesterday. But at least you don’t need to build it all.

And frankly, that’s just as well because the things you need to build are hard enough. It’s time to focus.

And that should have been the big bank CTO’s answer, back then.