Digital asset and blockchain firm Galaxy Digital has announced it has “exercised its right to terminate its previously announced acquisition agreement” with BitGo, a digital assets infrastructure provider. 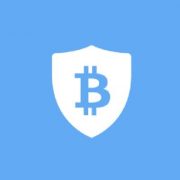 The merger announcement was initially made in May 2021 at an aggregate transaction value of approximately $1.2 billion.

Galaxy Digital says the reason behind the termination is BitGo’s “failure to deliver, by 31 July 2022, audited financial statements for 2021 that comply with the requirements of our agreement”. No termination fees will be payable, the firm adds.

However, in a press release, BitGo has responded saying it “intends to hold Galaxy Digital legally responsible for its improper decision to terminate the merger agreement”.

BitGo claims the agreement was not scheduled to expire before 31 December 2022. It adds that Galaxy Digital has not paid a “$100 million reverse break fee it had promised back in March 2022 in order to induce BitGo to extend the merger agreement”.

The company says that it has hired Quinn Emanuel to take “appropriate legal action” as it seeks damages.

“The attempt by Mike Novogratz and Galaxy Digital to blame the termination on BitGo is absurd,” says R. Brian Timmons, a partner with Quinn Emanuel. “BitGo has honored its obligations thus far, including the delivery of its audited financials.

“It is public knowledge that Galaxy reported a $550 million loss this past quarter, that its stock is performing poorly, and that both Galaxy and Mr. Novogratz have been distracted by the Luna fiasco. Either Galaxy owes BitGo a $100 million termination fee as promised or it has been acting in bad faith and faces damages of that much or more,” Timmons adds.

Founded by Novogratz in 2018, Galaxy Digital is a digital asset and blockchain firm providing institutions, start-ups and qualified individuals access to the crypto economy.