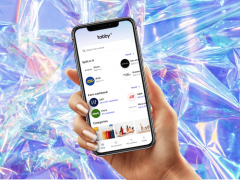 Tabby says the investment “fortifies” its balance sheet and supports its sustained growth in transaction volumes and product expansion. It adds that it will continue to provide Middle East and North Africa (MENA) consumers with access to credit “otherwise unavailable to them”, without charging any interest or other fees.

The firm adds that it has grown 10x in revenue, 8x in active customers and 3x in active retail partners in the first half of 2022, compared to the same period last year.

Hosam Arab, CEO and co-founder of Tabby, says that as the firm nears profitability, “we’re in the fortunate position of not having to raise equity under the current market conditions”, adding the debt commitment “is validation of our strong track record and business model”.

Tabby was founded in 2019 and provides buy now, pay later (BNPL) services to customers “without the interest, fees or debt traps”. It claims to have more than two million active users in Saudi Arabia, UAE, Egypt and Kuwait.