Digital banking beyond your pretty UX

Digital banking is not about your UX. 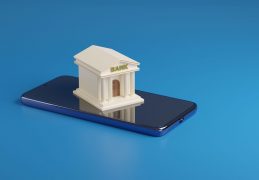 Build a flexible and scalable infrastructure, and share the upside with your customers

There, I said it.

You can have a fully digital bank without an app. You are unlikely to, admittedly, but you can. And you can have a fundamentally analogue bank with an app. Which is mostly what you have. And that encompasses most legacy banks and sadly most challengers as well, who are borrowing legacy rails and infrastructure under the glass.

And it’s not good enough.

I know the UX is where we started, and there is a good reason for that. There are many good reasons for that.

And good UX has remained a focal point, and there is a reason for that too.

But UX is not enough, nowhere near enough, and there are good reasons here also. And that’s the topic today.

Two good reasons why we started with UX:

The people who started championing the thing came from the space where the consumer saw it.

Also… starting with UX allows for newcomers to the space to touch, feel, see and understand what it is we are doing. If you’ve ever tried to explain to someone what an API is without being able to point at anything they understand, then you know how powerful it is to show people what is now possible.

Plus, the competitors got themselves a slick and pretty app making your bank look drab and old and clunky. So you had to start where they started and compete.

For all those reasons, we started with UX.

And for one more distinct and important reason…

So work began and carried on to create the capabilities needed.

But the work started and was carried out grudgingly because none of this is quick and easy… and we had other things we needed to do as well… so this work was prioritised with a clear criterion of visibility in the mix. If I spend all that time and money and resource doing a thing to deepen my digital capability, will it be visible? To the street? To the investors? To the competitors? To the customers?

If yes, fine. If not, it often got sent to the back of the queue even if it is essential to a smooth and seamless experience. So a lot of time and effort was spent on things that were visible, leaving the less visible, thornier, deeper problems unaddressed.

This was not a forever thing.

So you have an app now that is slick, cool and easy and can do (finally) most of the things you need it do. But loans come with pretty much the same cost footprint, micro-payments are still a challenge for you or your bank (because those who do them mostly subsidise them rather than doing them cheaply under the hood) and your mortgage application still seems to need to go offline before coming back online in a process that is described as fully digital.

Why is that? Because the bits that need to be in place for that to change are only visible in the obstacles and costs they would remove and for that they were not prioritised and here we are now.

Banking becomes ubiquitous and present when the client needs it. It fits around their routine and the timelines of their needs and that availability is actually cheaper for the bank than branches and phone centres, so everyone wins.

Good UX answers questions the user has while also protecting the bank.

It creates pathways that feel less exposed to answer questions in a simple way that allows the consumer to get more or less information where they need it and move at their own pace. Read and re-read. Click ‘find out more’ or ‘next’ depending on their level of comfort and prior knowledge. Plus, it captures data about what the client is trying to do and where they lingered, so we can do it better.

Good UX supports and guides a customer in a way that is not scary, daunting or patronising and gets out of the way once it’s done that. Bad UX can be baffling, confusing, trivialise a decision and leave someone signed up to debt without realising what they were doing. Bad UX is dangerous. But good UX is inclusive without being patronising.

And yet… it’s not enough.

The most amazing car can’t take you to a city not yet built. It can’t go faster than traffic. It can’t cross an ocean. Unless your infrastructure enables it.

So if you have 34 core systems, 8 customer masters and 11 ‘golden sources of data’ in your organisation, you will never have truly good UX. You may have pretty UX, but it won’t be able to bridge the gaps you’ve left in the background.

If the systems that power Stirling payments were uplifted but the systems that power FX transactions were not (because it was deemed a high-cost, low-visibility investment for a UK bank), then you can’t set up an FX payment on the app no matter how pretty it is. If the bank hasn’t built cheque scanning and it has no branches and you got a cheque from a service provider refunding you (which still happens in the UK), then you are stuck, even if the way the app tells you you can’t do what you need is pretty and easy to find.

If a bank has not digitised its risk discipline (and that means both understanding what is different about managing risk in a digital world and what the processes need to be), then you will find that there are random cut-offs on the size of payments you can make online.

You have the app.

What you don’t have is a digital bank.

If you had coherent, real-time connectivity in your back-end with smooth and seamless information sharing, then you could have a fully digital offering even without an app.

You wouldn’t do that.

But the point I am making is, you could. You could go to the branch or to a dude with an iPad sitting at your local Starbucks and they would have all the access in the world to solve your problem or service your need.

What is possible makes your UX slick.

Which leads us to the crunch of the matter. The service we actually offer via the technology. The service. Not the experience.

People who don’t have collateral and assurances and guarantees can’t get loans. Well, d’uh.

We all know that.

Only, why would the people who need money have money? Surely if they had money, they wouldn’t need money?

But traditional banking is costly. And setting up, underwriting and servicing a loan comes with a cost footprint that means that micro-loans or really affordable loans are hard to deliver without losing money. Same reason why servicing the young and old, whose financial needs are pressing but their economic footprint is small and their circumstances are constrained, is seen as a loss-making enterprise for traditional banks. Same reason why micro-payments used to be a no-no.

If the fee for a payment is £36 (which is what a traditional bank charges you to send money abroad, on average, in the UK), how would you pay 45p to read an article online or repay Dave for that tenner he floated you last month when you were skint?

You wouldn’t. Or you would use cash.

Micro-payments online, free peer-to-peer payments, proximity payments and spot FX were revolutionary for two reasons: one, they decided to challenge the established business model wisdom and make less money and make it differently, offering an essential service that opened up a world of opportunity. And two, they did it differently. They set up an infrastructure that lowered their cost base. They built a digital capability, not just an app. But a digital infrastructure that allowed for processing to be connected, real-time and cheaper. So loans could be cheaper. Payments could be cheaper. Changing the repayment schedule of a loan could be instant. That’s what digital capabilities enable. A world of real-time, data-rich possibility that is cheaper to run.

So, the choice here is two-fold:

You have the app. Well done you.

Now build the digital infrastructure to super-charge your app and your business and truly serve your communities.

Build it because you can. It is absolutely 100% possible.

Build it because it’s cheaper and more secure and the economy is digital anyway so you have little choice in the matter.

Share the upside because it’s the right thing to do.

You know how to do it, why to do it for you and why it’s the right thing to do more widely.

You can. And you must.