Finxact, a Fiserv company and core banking tech provider, has been chosen by Chicago-based start-up BetaBank to power its product ecosystem ahead of its upcoming launch. 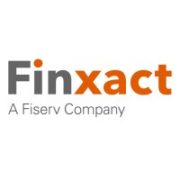 The company has been working with Google and claims it will be “one of the first US banks” to run a next-gen core in Google Cloud.

The digital bank will have the ability to lend across the country, but aims to initially focus on the Chicago-area community of small businesses.

“BetaBank is what the future of lending will look like: democratised, fully-automated, purely digital, fair and transparent for the borrower, and cost efficient for the lender to serve SMBs and even sole proprietors,” says Ryan Victor, chief revenue officer of Finxact.