New UK clearing bank The Bank of London has announced the appointment of Tam Holmes as co-president and group chief product officer. 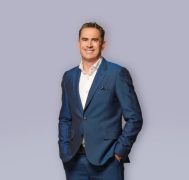 Holmes will also join as a member of the group’s executive management committee.

Prior to The Bank of London, Holmes spent five years at 10x Banking in dual roles of chief product officer and chief development officer.

Before that, he was the head of digital security and fraud at Lloyds Banking Group, also serving as the head of programme delivery for digital banking.

He was responsible for the re-platforming of Lloyds’ digital banking stack, as well as the design of digital fraud and security controls, including the UK’s first deployment of behavioural biometrics and device ID systems.

In his new role as group chief product officer, Holmes will be responsible for the overall customer and product vision, strategy and innovation.

The news follows the firm’s appointment of a new deputy CEO for the UK in April 2022.

The Bank of London launched in November 2021 at a valuation of $1.1 billion.