Meta is ending the pilot of its digital wallet project Novi and will be closing all accounts on 1 September 2022. 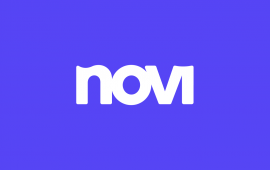 A notice on the Novi website reads: “Both the Novi app and Novi on WhatsApp will no longer be available starting September 1, 2022. When the pilot ends, you will not be able to log in and access your Novi account.

“Please also be aware that starting July 21, 2022, you will no longer be able to add money to your account.”

The firm is requesting users withdraw their Novi balance “as soon as possible” ahead of 1 September. It adds if there are any funds left in accounts after this date, “we’ll attempt to transfer your balance to the bank account or debit card you’ve added to Novi”.

Novi has been running a pilot since last year allowing users to send and receive money internationally using the Pax Dollar (USDP) stablecoin, with the intention to swap in Diem once it received approval from regulators.

Diem, however, hit a number of regulatory roadblocks and the stablecoin officially met its end earlier this year after the Diem Association, the organisation set up to run the project, sold its intellectual property and tech assets related to its “blockchain-based payment network infrastructure” to San Diego’s Silvergate Capital in a $182 million deal.

Following the sale of Diem, Novi has continued its pilot with USDP, but Meta has now called time on the project.

“The technologies that we’ve developed will help us to build new payments experiences for people and businesses in the metaverse.”