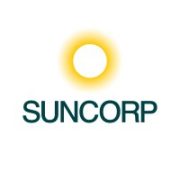 The firm says the deal will boost the growth of its retail and commercial businesses “while also improving the geographic balance of its business in Australia”.

The acquisition includes around $32 billion in home loans, $30 billion in deposits and $7.5 billion in commercial loans.

ANZ says Suncorp Bank will “initially operate under its existing Authorised Deposit-taking Institution licence with no changes to the total number of Suncorp Bank branches in Queensland for at least three years from completion”.

ANZ CEO Shayne Elliott says the acquisition is a “cornerstone investment” for the firm.

He adds: “With much of the work to simplify and strengthen the bank completed, and our digital transformation well-progressed, we are now in a position to invest in and reshape our Australian business. This will result in a stronger more balanced bank for customers and shareholders.”

Upon completion of the deal, Clive van Horen will join ANZ’s executive committee and continue his current role as CEO of Suncorp Bank, reporting to Elliott.

ANZ adds the deal “will not result in any net job losses” in Queensland for Suncorp Bank for at least three years post completion, and it will continue to be “business as usual” at the firm.

The deal is subject to regulatory approvals from the Federal Treasurer and the Australian Competition and Consumer Commission.

Suncorp says the “targeted timeframe for completion is approximately 12 months, during which time Suncorp Group will continue to run the bank”.