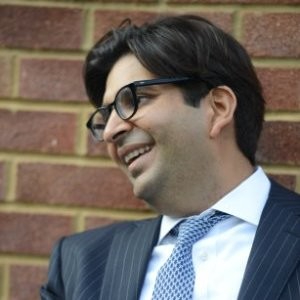 Raswant will take over from Götz Möller, who is stepping down after more than three years at the company.

PPRO CEO Simon Black says Raswant’s mix of international consulting, banking, investing, enterprise and entrepreneurial experience will be invaluable to the payments firm as it looks forward to its next phase of growth and development.

Earlier this year, PPRO acquired fellow payments company Alpha Fintech, based in Australia, in a bid to become a “global payments powerhouse”.

Before joining Wayfair as European head of finance, Raswant held roles at Standard Chartered Bank, where he was managing director as well as a decade-long stint at consultancy McKinsey. He was also an investor at Passport Capital.

PPRO CEO Black took the opportunity to thank Möller for his “huge contribution” in reshaping the paytech’s business.

In December, PPRO poached another Wayfair exec, Bernie Miles, appointing him as its new chief technology officer (CTO). Prior to joining PPRO, Miles’ most recent role was head of engineering for Europe at Wayfair.