At Money 20/20 Europe in Amsterdam, FinTech Futures sat down with Digiseq chair David Birch to discuss what makes the wearable payment disruptor’s chips both smart and secure, reinventing loyalty programmes, the difference between identification and authentication, and never having to carry ID to the pub again. 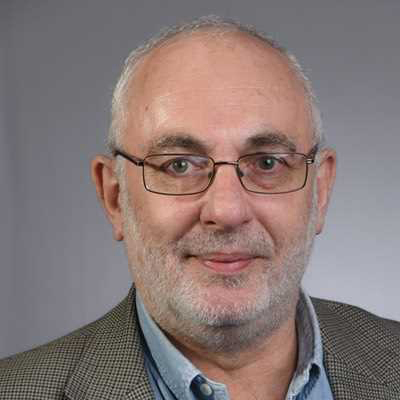 FinTech Futures: Can you give me a top-level elevator pitch for Digiseq?

David Birch: Digiseq turns objects into things that have an identity, and that identity can be used for all sorts of different things. Right now, a lot of people use it for payments. So, we have watches, wristbands, key rings and even some lovely fashion items.

You can have full public key cryptography, symmetric and asymmetric cryptography security. So, you can do incredible things with payments but while payments are a popular application, it’s only one of them.

Is it part of the broader Internet of Things (IoT), now that the cost barrier for chips is so low?

We’re talking about security – biometrics are considered to be very secure. How does Digiseq fit in with biometrics?

Biometrics are very secure. But there’s a world of difference between identification and authentication.

If you walk into a shop, and the shop scans your face and identifies you, that’s kind of convenient. But it’s kind of concerning as well that they now have this database and facial templates. What if you don’t want to be identified? What if you just want to walk in and look around?

I happen to like the key rings, but other people like the watches and others the rings. The ability to authenticate them just by tapping, to me that’s much better. I would rather take the action.

Biometrics are fantastic, and you can see them coexisting. But I don’t know if people really think about the implications of having their faces scanned everywhere.

Here, it’s tokenised. You know that it’s not your data. It’s just your authentication.

How can Digiseq be used to enhance customer loyalty programmes and generate new revenue streams for brands and other companies?

Then now think about outside the ground. If I go to a store and I buy something with my phone, I take out my phone, I unlock it. I buy something, it’s unbranded. If I’m a fan, I want that payment to be branded. There are these issues around brand and identity which again, I think, are overlooked when people talk about biometrics, for example.

Another area of interest is central bank digital currencies (CBDC) and tokenisation. None of that is ready for primetime yet, but in time it will be and using this for access to a remote wallet is absolutely fine. I think in the short term, what you might see is more of this connection with instant payments.

In a way, I’m kind of surprised that more retailers haven’t been pushed in that direction already. The idea if I go into the Waitrose supermarket and Waitrose knows who I am, it seems rather obvious for Waitrose to just go to the bank and say, “it’s Dave, please transfer the money”.

The idea of this linking of loyalty and payments through the back-end, through the instant payment networks, rather than through the card networks, if I was going to pick one key trend, I think that would be it. If the retailers have identified you, they probably know more about you than the bank does anyway.

Many of the larger supermarkets have been running these loyalty programmes for decades now. Do you see any other interesting or promising uses of this technology that aren’t on the market at the moment? Toys, cars, clothes, for example.

Digiseq demoed “payment-by-thumbnail”, with one of the firm’s chips embedded within nail polish

Chips in toys is not a new idea. Yes, we can do it more securely. But you have to be very careful with toys because they have to be in a privacy-enhancing infrastructure.

The chip is only part of the ecosystem, you need the other elements of the infrastructure to make that work. Clothes are a little bit different. You could go to a nightclub with a shirt that you could use to pay for things, so you didn’t have to take your wallet with you.

You could utilise it for ID purposes as well. It is a bit odd, certainly in the UK, forcing drunk teenagers to take passports and driving licences to clubs and bars!

The idea that the chip contains credentials about you, not just payment credentials, but other credentials such as proving you’re over 18, I think that’s got some legs.

If I if I wanted to give you a key ring to use at the Glastonbury music festival or something like that, that’s different from a general purpose payment use case because you’re bringing in all of these promotional issues and branding.

The item you use on the Tube may not be the same thing you take to go to the nightclub or to go to the sports event.

We’re looking at key rings and watches and things like that, but we’ve put them into the Lucozade drink bottles.

Once the object has an identity, then you can connect it to the digital world. You’ve now got this bridge between physical and digital.