Ecuador-based paytech company Kushki has raised $100 million in an extension to its Series B financing round at a valuation of over $1 billion. 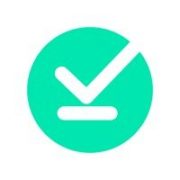 Participating in the round were new and existing investors including Kaszek Ventures, Clocktower Ventures, SoftBank Latin America Fund and DILA Capital, among others.

The extension takes the total amount raised in the company’s combined Series B to $186 million.

Founded in 2017 and based in Quito, Kushki claims to have experienced 200% growth in 2021. The payment platform helps businesses across Latin America reduce the cost and complexity of online payments while improving acceptance rates and reducing fraud.

The firm currently employs 750 people and operates in five countries.

Kushki says the funding will be used to accelerate the development of its payments infrastructure, which it believes will play a “key role” in accelerating digital transformation and economic growth in the region.