Amsterdam-based payment service provider Mollie has appointed Koen Köppen as its new CTO as it looks to accelerate its tech innovation. 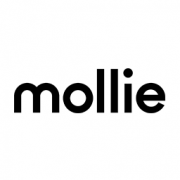 Prior to Mollie, Köppen spent over a decade at Klarna, holding several leadership positions and becoming its CTO almost five years ago. At Mollie, Köppen will be responsible for the reliability, scalability and development of the firm’s technology platforms.

He will be tasked with accelerating technological innovation to enhance Mollie’s existing and future products and services.

Köppen was already a member of Mollie’s supervisory board and audit/risk committee since January 2020. According to the firm, he stepped down from those roles in March 2022.

The company has raised more than $940 million in capital since its launch in 2004.