Barclays to shutter 27 more branches, taking its total to 103 branch closures for the year

UK retail banking giant Barclays is set to close another 27 branches by the end of August. 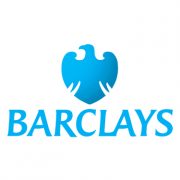 The closures mean the firm will have shuttered 103 branches by the end of the year, according to Which?

The bank says it is continuing to “review and adjust our branch footprint” to keep up with changing customer behaviours.

A Barclays spokesperson says: “We will always give twelve weeks’ notice of any branch closures, explaining the rationale for the decision, as well as highlighting alternative branches and ways to bank.”

As customers increasingly choose to bank via digital channels, Barclays says it is “carefully reducing” the number of underused branches, while making investments in the services it provides to its customers.

Barclays has seen its digital-first customer base increase to 10 million over the past nine years, with just under 10% of transactions now conducted in branch. These are “trends that we only expect to continue”, the bank says.

In order to soften the blow, Barclays says it is working with local communities to provide local banking support, such as ‘smart ATMs’, cashback without purchase and pop-ups in more than 50 sites including community centres, libraries and business hubs.

“We recognise that some customers aren’t yet ready to make the transition to digital, and that’s why Barclays is one of the driving forces behind shared banking infrastructure and supports the Cash Action Group to ensure that where customers still require physical provision of cash access, the industry provides it,” the bank says in a statement.

Barclays is the latest high street bank to cut the number of physical branches for UK customers.

In March, Lloyds Banking Group said it planned to close a further 60 high street branches across the UK in 2022. In June last year, Lloyds earmarked 44 branches for closure, on top of the 56 outlined in June 2020.

HSBC, NatWest and RBS, TSB and Santander have all said over the last year dozens of UK branches will be shuttered as footfall drops thanks to the twin forces of Covid-19 and increased digitisation.