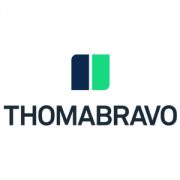 The private equity firm has acquired a number of tech firms

According to Bloomberg, Thoma Bravo has held initial talks with Temenos which saw shares in the Geneva-based firm rocket by as much as 16%, valuing the company at around $7.4 billion.

While early-stage talks seem to have been rumbling on for a few months, with Bloomberg first reporting in October that Thoma Bravo was interested in Temenos, the unnamed sources who leaked the news to the publication believe a deal could prove “challenging” thanks to the firm’s high valuation.

Thoma Bravo has form when it comes to tech takeovers, with a long list of acquisitions under its belt.

In December, New Hampshire-based fintech Bottomline Technologies was acquired by the private equity firm in an all-cash deal worth $2.6 billion.

In October 2020, it acquired a majority stake in AxiomSL, a cloud-based risk and reporting firm.

A year prior, UK cybersecurity firm Sophos was purchased for $3.8 billion.