This is why we can’t have nice things

Don’t talk to me. I am depressed. 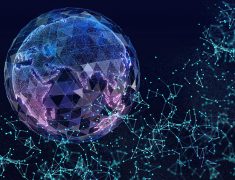 Innovation is a war of attrition, and that’s exhausting

I have spent so long dealing with senior decision-makers’ self-delusions in this industry and it isn’t getting any easier.

For 15 years, my tribe and I have diligently, determinedly and, frankly, thanklessly battled against the excuses the industry gives itself for not doing the hard work. Not asking themselves the hard questions. Buying themselves some time that they then proceed to do nothing useful with.

Innovation work is 10% innovation and 90% demolishing the places people hide behind to persuade themselves (or you… or their boss… or their board…) that they are right not to be doing whatever it is you are asking them to do.

And what you are asking them to do may be bold and ambitious or simply an ‘Earth calling’ moment, ranging from believing that APIs are real to accepting that digital identity assets mean, among other things, that you need to stop treating your customer as a new and different person every time they choose to consume a new product from you.

Over the past decade and a half, this most favourite of excuses was clad in hesitation.

I want to do this.

I believe in this future.

I have a responsibility to be cautious (which is true) and I need to be convinced that this technology (insert new capability here) is robust, scalable, secure and of course relevant to my business. But let’s test that it’s real before I work out what to do with it. Enter left the innovation team.

Endless POCs proving that the tech is real. Can scale. Is secure.

And for a very long time those of us in the fray believed that it was a genuine step in the process. A hurdle that, once scaled, would not be the end of the road but rather a proof point for the next step.

So we laboured away to prove the tech, all the while also giving the bank the chance to say, “See, we are doing stuff, we are not dinosaurs, here’s a pilot.”

How many of those pilots saw the light of day outside the lab?

And not because they failed to prove their proof points but because the main bank never got started with theirs. Testing if the tech is real (in the hope that it wasn’t) did not happen alongside working out if it is relevant to this business and this strategy and the future we want.

It was done instead of all this.

And when the POC succeeded and the pilot succeeded and the tests succeeded, silence. Because the questions of “What shall we do with this now we know it’s real?” and “What does it have to do with our business and operating models?” are both infinitely harder and in no way helped by the proof points challenging the reality of a particular tech.

So here we are in the year of our lord 2022. Banks have, mostly grudgingly, faced into the relevance of quite a lot of tech. Mostly because the regulator demanded it and the economy was digitising faster than them and therefore the choice to do or die resolved itself. Banks want to stay in business.

So when push comes to shove, they do.

But until then, they prevaricate.

And before you tell me it’s getting better, don’t. Because I am depressed.

I gave a keynote on embedded finance a few weeks back.

My argument was threefold:

– Trends that had been maturing and gathering momentum over the past 10 years are now developed enough to make an API-first, coherent regulatory framework with consensus around messaging standards, security standards and so on a lived reality;

– The technologies required to embed financial services (from Uber and Klarna to the more sophisticated BaaS offerings such as the capabilities launched by Westpac in Australia – yes, with 10x, toot toot goes my little horn) are real, scaled and robust. The proving is done. The tech you need is here;

– The challenge in creating embedded finance capabilities or launching a BaaS offering is not technical. It’s economic or rather human.

What do I mean by that?

Platform economics operate differently to the way we are used to. Cost to serve is lower but so are price points. The pie is sliced differently, margins are distributed differently and scale is achieved differently.

Understanding that is key to working out how you propose to make money for your business in this new world. That’s the hard question and the only one that matters if you are working out whether to step into this space and if so, how.

Sure, going “Ah, but is the tech real?” is an understandable little act of interference because you don’t know what to do next but I’m afraid it won’t wash.

The tech is real.

It is not even scalable. It is scaled. You are good. The C has been P’ed, the concept is proven, no POC needed other than if you are proving your assumptions around unit costs to make your business case stand up. That one is a fair one.

So your challenge is a leadership one.

Do you have the right leaders to work out what your economics need to look like, build the case and execute against this vision?

That’s not easy to do and that’s what you need, not least because your competitors are doing it. In pockets perhaps, but that’s all it takes.

The keynote was a success. Standing room only, riotous applause, exceptional feedback.

Even happier to see that the audience stuck around for a panel on the same topic straight after my keynote.

No ODing on embedded finance for the couple of hundred bankers in the room.

I was over the moon.

And I was joined on stage by four people who also do this for a living.

This is important because all five of us do this for a living.

It is real. It is scaled. It is our job.

And after a very lively discussion about the types of challenges, learnings and accelerants our pooled experience could offer the audience, we did a little poll.

How many of you feel this is a banking opportunity, a problem, a payments opportunity more than anything else… a buzzword… or… something that needs tech proof points and development and some innovation centre action rather than business execution.

That’s not the exact phrasing of the questions, before you ask. The questions were non-leading and although I am sure there were options not captured… and there could have been better, more nuanced options… and people’s views should not be reduced to a multiple-choice question and all that jazz… even allowing for all that, I am depressed.

Because 28% of the room opted for the most banal hiding place of them all: I know I am looking at five people who each talk about twice as many scaled examples of this thing but I am going to go for ‘the tech needs to prove itself’ because that’s easier than expecting me and my leadership team to show some mettle and prove ourselves with critical thinking, decision-making and strategic commitment.

So don’t talk to me.

Because you and I both know this isn’t about what it is about. It is easier to believe the tech needs to prove itself to you, despite the evidence and proof points already furnished, than to accept that leadership in a changing environment requires imagination, courage, grit and decision-making on incomplete information. It entails taking calculated risks and being held accountable for the amount of forethought and planning that went into managing those risks towards a robust vision and strategy with intent and disciplined execution.

If it sounds hard, it’s because it is.

If doing more tech experiments sounds like a cop-out, it’s because it is.

But maybe not all is lost. And although 28% is almost a third of the room, a few years ago that would have been 50%, 10 years ago even higher. So maybe it’s working. Slowly, painfully but irrevocably, it is working.

And we will be here, beating this drum till the end.

It’s slow and it’s painful and it’s counter-intuitive, but it’s not new.

It’s a war of attrition and that’s exhausting but no matter. We got this. And for once we outnumber the doubters. And I see folks rolling their sleeves up and that’s all change requires, frankly. Folks willing to do the work while a slowly decreasing minority is trying to find reasons why they shouldn’t. While the future is happening. At best without them. At worst to them.