Most employers are trying to figure out the best way to get employees back to the office. 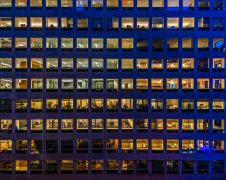 One heavy-handed strategy that didn’t work was when Goldman Sachs’ CEO David Solomon demanded that all employees return full-time, but only about half of them did when they reopened their head office earlier this year, according to a report by Fortune.

N26, the German neobank, is taking a completely different approach; they are opening offices where their employees want to live. I caught up with Christian Strobl, Austrian market lead at N26, to discuss how they are innovating around the future of work for bank employees.

N26 has a goal to bank 100 million people around the world. To achieve that, they not only need to grow the customer base, but also expand in new markets, launch new innovative products and develop the IT infrastructure. That means they need to recruit at speed, gathering the best minds in product and tech from all over the world to take the company on its journey to disrupt an industry.

With its headquarters in Berlin, the bank was already one of the largest and most well-known tech employers in the city. Even though the company was continuing to bring on board top talent from across the city, the country and indeed the globe, this was still not enough to keep pace with N26’s growth ambitions.

N26’s efforts to scale up its team saw the digital bank’s workforce of just a few hundred employees grow dramatically, sometimes at the rate of over 100 new employees a month. It became obvious that in order to open up new opportunities to attract top talent, N26 would have to expand its horizons beyond the city it called home. While many of the world’s most qualified talents were willing to relocate, very often, where they were moving to was just as important as the opportunity they were moving for.

N26 addressed this by investing in two new tech hubs in Europe, expanding their presence outside of their home city of Berlin to Barcelona and Vienna. This approach allowed them to focus on the long-term priority of expanding their product capabilities and team, attracting talent from all around the world with a selection of relocation opportunities in cities offering very different experiences and lifestyles, catering to people’s differing life priorities.

N26 approached the decisions regarding which locations to establish its new presence in by conducting rigorous analysis on over ten countries/cities, using a mix of quantitative and qualitative criteria from sources that included desk research (reports from consultancy firms, global and local observatories and statal sources and qualitative rankings) and one-to-one interviews with other leaders from other companies in the start-up space, covering topics ranging from the cost of living to the complexity of applying for employment visas for non-European employees and their family members.

Given the complexity of the undertaking to establish their first presence outside their home markets, N26 deployed cross-functional project management teams to deliver both projects and defined a clear decision-making process using the RAPID methodology to ensure effective and efficient decision-making in a complex stakeholder environment that would take on board not just quantitative criteria like cost, but qualitative ones as well. Special attention was given to sustainability and responsible use and making sure that investments could be scaled and re-used in case of moving to other offices.

The pool of junior candidates in the product and tech space in Europe was not only larger than the pool of senior candidates, but also considerably more geographically mobile. As a result, it was significantly easier to bring on board junior talent at speed, leaving gaps in the team at the senior level. Without senior engineers, developers and product owners in place, local teams continued to lack the necessary guidance, steer and direction in order to be fully autonomous and capable of delivering product innovations from start to finish. This led N26 to quickly adjust its approach and to focus first on staffing up more senior levels of the team, especially given the smaller size of the talent pool and high level of competition for qualified senior product and tech specialists.

Rather than looking to address the immediate pain point of needing to hire more people faster, N26 looked at the issue and how it would play out in a future where the company would continue growing, and do so faster than ever before.

N26 launched in Brazil earlier this year and will continue to add new markets in the years to come. Central to this will be the ability for N26’s product and tech teams to continue to drive innovation across the entire N26 digital banking experience at scale while growing the supporting infrastructure, as well as the relevance of the bank in all its markets, with localised features and offerings, as the firm continues to scale and grow.

The digital bank already has plans to scale up its product team in the coming years, with the intention to bring on board over 200 additional product specialists in even more locations where they want to live and work.

Christer Holloman is the author of ‘How Banks Innovate’ published by Wiley and writes for FinTech Futures about innovation and diversity within financial services and fintech.