I am sorry you feel this way

‘I am sorry you feel this way’ are my least favourite words in the English language. 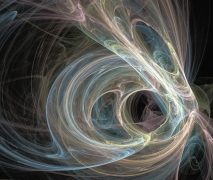 Keep your flaccid apologies to yourself. We need you to see the teachable moment.

It’s the weakest apology anyone can give you.

No apology for what caused the upset, hurt, anger or whatever it is you are feeling.

No apology for the event. No accountability.

Just a perfunctory nod towards an event with an implied disassociation from its causes. It is sad that you feel this way. But I am not responsible. Just sad. For you.

As apologies go, it’s pathetic, passive aggressive and frankly, for me, worse than the offence that precipitated it, no matter what that was. Because if you do something wrong and realise it, then you apologise for the unintended effect of an action by taking full ownership in a way that makes the apology meaningful and also creates confidence that this was a teachable moment.

I didn’t mean for this to happen and yet it did and I am learning something about unintended consequences and blind spots or genuine mistakes in the process. Because we are all human after all.

‘I am sorry you feel this way’ is the opposite of that.

It’s a shrug and an abscondment of responsibility.

Why am I telling you?

When someone does something that is jarring and hurtful for someone else, dismissive and patronising, and don’t even realise they are doing it, three things need to happen immediately after the event. And they are all hard.

The first is that the person who suffered the hurt has to overcome the feeling of ‘I’m a big girl, I can take it’.

Someone made a comment about how lovely it is that someone with your accent is so capable; someone talked over you for the tenth time today; someone totally dismissed your very valid point only to agree a bit later when a man made it; someone asked you whose wife you are at a conference speaker dinner.

Someone asked you to take notes.

Someone asked you how you can get automated identity verification to tell black faces apart ‘because you know you all look the same’.

And before you say ‘that s**t doesn’t happen’, this very specific s**t happened to a very dear friend of mine about three weeks ago.

So maybe this s**t doesn’t happen to you and that’s the point.

For those of us to whom it happens, it happens a lot. We don’t let it stop us and we don’t let it define us. But, in fact, every single theoretical example cited above happened to me or someone close to me in the past month. So yes, this s**t happens.

And when it happens, it’s default to think, ‘it’s not the first time and it won’t be the last and we’ve had worse’. And move on.

That’s what we do.

But if we are ever going to fix it, the person to whom it happens needs to think, ‘what if it happened to my sister? To my best friend? To my mum? To my favourite colleague?’ What then? That wouldn’t be OK, would it? You’d go to battle then, wouldn’t you?

So the first step is to realise that calling it out when it happens to you is also how you protect everyone else in future.

So step one: overcoming the habit of just taking the blow.

It’s not as easy as it should be. But it is essential.

The second step is just as hard.

Once the decision is made to not let this s**t happen unchallenged, you need to create a jarring moment.

You need to consciously and intentionally disrupt the day. Knowing nobody will thank you for it.

You need to go: hold up. Not cool. You need to interrupt what, for the perpetrator and probably most people in the room, is a normal flow of events. You need to create a conversational equivalent to stubbing your toe hard against the bedframe while merrily packing your bag to go away for the weekend.

Unexpected, difficult and a little painful. And it throws you. It’s surprising. You sort of stand there for a bit going ‘where did that come from?’

But it has to be done.

One of my favourite clients (I think I can call her a friend now) says that creating the culture we want is hard. Exactly because you need to actively pursue it. It’s not just pretty PowerPoints and rousing speeches. It is this.

So the victim, essentially, needs to call foul and know that they will now be looked at as the perpetrator of the disturbance. The jarring incident is their doing.

And that needs to be OK and there are colleagues and partners out there that make it OK (you know who you are). But it’s still not pleasant.

And then the conversation ensues. And it always goes like this:

And this is step three, and it’s just as unpleasant as the other two, but it is also the most important step. Don’t accept the apology.

Because the truth is, you meant it exactly that way.

There is no other way to mean it.

If you ask a female conference attendee whose spouse they are and you didn’t ask a man that (because nobody’s spouse attends a banking conference dude, they are not that exciting), the only way to mean it, is the way we heard it. It’s sexist. Unconscious and all the more insidious for it.
If you congratulate a working-class colleague on their unexpected eloquence, you are patronising and classist, and you meant it exactly that way. Because there is no other way to mean it.

Your surprise gives you away.

And if you feel it is within your rights to tell a black person ‘you all look the same’ you are racist, despicable and you are lucky I was not in the room. Because my friend is a big girl and has heard worse, but I would have lost my cool.

And sure, I am a big girl too (although frankly I have not seen worse than this dehumanising disgustingness, because white skin is a shield), but when it happens to others, I don’t want them to rise above it. Because if we keep rising above it, they will just keep doing it.

And that is the point.

And that is where, collectively, we need to make it not OK to apologise like that, here.

You are not sorry.

I don’t care to hear your apology. It means nothing. Especially when delivered in a way that guarantees a repeat performance.

I want to hear the perpetrator and their colleagues acknowledge the bias. And commit to both calling it out and eradicating its side effects.

That’s what I want to see.

In fact, it happened to me only a few days ago. A situation like the ones described above and the team around the incident and perpetrator stood up and said this is not who we are.

It wasn’t just the people affected.

It was the team. Saying this is not acceptable here. Owning their culture. And saying this behaviour is not part of what we do around here.

You can keep your flaccid apologies to yourself.

And if you don’t like it, well, I wish I could tell you I am sorry you feel this way.

Letting go of privilege is an unpleasant process, I appreciate, but for your sake and that of the rest of the world, we need you to see the teachable moment. And grab it with both hands.