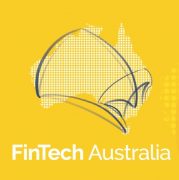 FinTech Australia is the country’s national association for the fintech and start-up community.

The group says its board has accepted Porter’s resignation and thanked him for his contribution.

“Working with the member body of FinTech Australia has been an absolute pleasure, but has made me realise that my passion for the space really lies in building fintechs via investment or direct involvement,” Porter told the group.

FinTech Australia has announced that Rehan D’Almeida will replace Porter through his promotion to the role of general manager.

D’Almeida started at FinTech Australia as a marketing intern five years ago, working his way up to his current role as head of strategic partnerships and marketing.

“The board has been particularly impressed with Rehan’s work,” FinTech Australia says.

“Thanks to his work, FinTech Australia has exponentially grown both its member base and its partnership programme, which now boasts over 400 members and 45 corporate partners,” it adds.

In the coming weeks, D’Almeida has plans to expand his team to broaden the group’s expertise and focus on bringing “increasing support and benefits” to its members.