The company says it will use the money to expand internationally and spur product development. It adds that a rebranding will bring the company’s two brands under one Findity label.

The firm claims its expense claims, entertainment and mileage products are used by more than 30,000 customers. 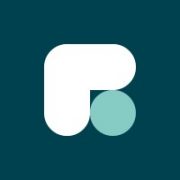 The neobank says that the capital will be deployed to support business lending and create a new team to develop new products and revenue streams.

Recognise Bank provides SMEs with “digitally enabled relationship-led banking”, offering a range of unregulated lending options through a network of relationship managers based across the UK. 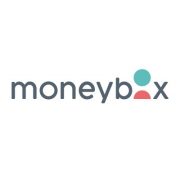 The investment is said to be the most popular Crowdcube campaign this year, with more than 15,000 people participating.

According to the firm, the original target of £1 million was surpassed in 25 minutes, with 8,700 people investing £3.7 million before the crowdfund went public.

Moneybox has so far raised more than £100 million including a £35 million Series D round led by Fidelity last month.

The company says the crowdfund was launched “to give the Moneybox community the opportunity to share in and shape the company’s future success, alongside top institutional investors”.

Moneybox says the money will be used to grow the customer base, enhance the investing proposition and focus on new ways to guide and support people with financial planning.

UK-based audit and open banking platform Circit has bagged €6.5 million in a Series A round co-led by Aquiline Technology Growth and MiddleGame Ventures.

Founded in 2017, Circit helps auditors verify company assets and liabilities in real-time and at source. The company claims its platform is the first of its kind to be directly regulated for open banking under the PSD2 regulation.

It helps remove paper processes and outdated systems and saves time for all stakeholders in the audit process, while reducing the risk of corporate fraud in global markets.

Circit says it will use the funds to expand its offering to “users on all sides of the platform” and accelerate its network.

Swiss fintech Klarpay has raised €2.9 million (CHF 3 million) in its first external financing round led by payabl., among others.

“We intend to use the additional capital to drive our product-based growth strategy – aiming to grow our headcount, client base, and establish product-market fit,” says Martynas Bieliauskas, Klarpay CEO.