Australian cross-border payments platform Airwallex has appointed Pranav Sood as its new EMEA general manager to turbocharge the company’s growth in the region. 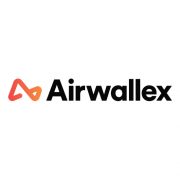 Sood joins from London-based fintech GoCardless, where he was most recently vice president of small business.

During his time there he oversaw a doubling in GoCardless’ SME revenue, growing its active customer base to approximately 75,000 SMEs.

He also led GoCardless’ growth into North America, Australia and across Europe, as well as company strategy and fundraising.

Airwallex launched in the EMEA region in 2019 and has since grown its team to more than 100 employees.

Sood will be tasked with continuing this growth and spearheading Airwallex’s strategy, operations, product development and talent across EMEA.

Speaking on his appointment, Sood says globalisation and digitalisation “have driven an explosion in cross-border payment volumes over the past few years” and that Airwallex “sits at the heart of both of these trends”.