Financial wellbeing app Wagestream has closed a $175 million Series C funding round as it prepares to scale up and expand beyond the UK. 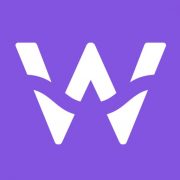 The round comprises $60 million in equity investment led by new investors Smash Capital and BlackRock and $115 million in debt financing from Silicon Valley Bank.

The round is believed to be the largest ever raised for a social impact fintech.

Wagestream was founded in 2018 in conjunction with financial charities to give people access to a set of fairer financial services, delivered through their employer and built around their pay.

Workers in hospitality, healthcare and retail can access the Wagestream app through their employers. The app provides financial services to build up users’ financial health over time. Users can track their shifts and pay, choose their pay cycle, save, set money goals, access a personal finance coach and get fair deals on insurance, utilities and credit.

The company says the funding will be used to build a broader set of financial services within the app and scale up Wagestream’s growing teams outside the UK.

It claims that one million workers can now access Wagestream globally through over 300 employers in the US, UK, Spain and Australia.