The Bank of London hires new deputy CEO for the UK

New clearing bank The Bank of London has appointed Tom Wood as deputy chief executive officer for the UK. 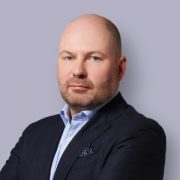 Wood has worked at various national and regional banks throughout his career, including Shawbrook Bank and The Co-Operative Bank, where he was appointed by the company’s controlling shareholders to lead its restructuring programme.

On Wood’s appointment, Watson says: “Tom brings a wealth of experience to The Bank of London. He’s built and scaled banks, and with his extensive B2B commercial experience has moved financial services innovators into new markets with rapid, yet sustainable growth.”

In the newly-created role, Wood will be responsible for driving growth and commercial success for the firm, which launched in December last year.

It is only the second new clearing bank to launch in the UK in more than 250 years and entered the market with a $1.1 billion valuation.