FinTech Futures Jobs: The best UK cities for salaries if you’re a woman

The UK is a great place for a tech career. London is the technology capital of Europe and there are hundreds of start-ups located there, with a reported 32 companies at unicorn status. 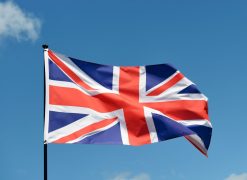 Employment is also strong. Staffing levels at Britain’s tech firms increased at the fastest rate on record in the last quarter of 2021 and three million people, or 9% of the UK workforce, are employed in the industry. Following a £13.5bn investment into UK tech in the first half of 2021, companies are hiring.

With many established and growing tech clusters around the country, there is plenty of opportunity for movement if a career move is on the cards. The 2021 Kalifa Report detailed 10 high growth fintech clusters in particular, including super hubs (such as London), established clusters like Manchester and Leeds, and emerging clusters such as Cambridge and Reading.

It’s all really positive news, but what is the UK like for women working in tech? Only 26% of those in the tech workforce are women, according to data from Tech Nation.

In addition, 60% of women in the industry agree that there is a gender pay gap in the technology sector – that’s driven by several factors, some of which include culture, lack of availability of leadership roles, and lack of flexible working to accommodate families.

As more female STEM graduates come into the tech workforce in junior roles and work their way up, that will hopefully help to balance out these issues and create a more level playing field for female tech workers. In addition, mentoring programmes, women in tech events, networking groups, and meetups can all be really beneficial to help and support women in their careers.

In terms of salaries, recent research from The Body Shop analysed 40 cities across the UK to assess where women are paid the most. No surprises to discover that in London, wages for women are the highest at an average of £45,500 – however, the standard cost of living there is up to 58% more expensive than other UK urban areas. It’s also worth noting that in general, tech salaries tend to exceed many other industries: 2019 figures indicated that women in tech earned an average of £63,000, compared to men who were earning around £66,000 per annum.

Outside of London, Derby is the highest paying city, followed by Newcastle and Chelmsford. The lowest paying city for women? Sunderland at an average of £26,600.

It’s all good fodder to have to hand as you research your next career move. Whether that’s in London or further afield, you can check out all our open roles on our Jobs Board now.

Kirstie works for our job board partner, Jobbio.

Based in Dublin, she has been a writer and editor across print and digital platforms for over 15 years.