London-based crypto firm Blockchain.com has reportedly raised new funding that now values the company at about $14 billion, according to Bloomberg. 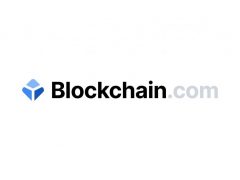 The financing round was led by Lightspeed Venture Partners with participation from Edinburgh-based Baillie Gifford. The amount raised in the round has not been disclosed by the parties.

Both Lightspeed Venture Partners and Baillie Gifford contributed to Blockchain.com’s previous funding round, a $300 million Series C in March 2021, which also featured participation from Vy Capital, DST Global and LG Group. The firm had raised around $490 million in total capital ahead of this latest Series D funding.

Founded in 2011, Blockchain.com is a cryptocurrency exchange that enables users to buy, store, trade and invest in crypto.

The company’s website states that it has 37 million verified users in over 200 countries with 82 million wallets created. It claims to have facilitated more than $1 trillion in transactions.