Italy’s central bank has said it is banning the Italian branch of German challenger N26 from taking on new customers after an “on-site inspection that took place between 25 October and 17 December 2021″ uncovered “significant shortcomings in respect of anti-money laundering [AML] legislation”. 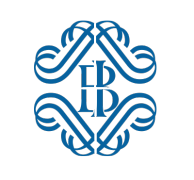 The Bank of Italy has banned N26 from onboarding new customers

The Bank of Italy has also banned N26 from offering new products and services to existing customers. Existing customer accounts are unaffected by the onboarding ban.

The central bank says N26 “has taken a number of actions to remedy these shortcomings”, but adds it intends to “verify that all the anomalies detected have been addressed” before it lifts the ban.

N26 says it takes the matter of money laundering “very seriously” and has been scaling up its global AML efforts since last year. “We are committed to accelerating and further improving our systems and operations in this area,” N26 says in a statement.

Investments in AML have resulted in “significant progress” in financial crime prevention, N26 says. The company has hired more staff and internal experts, developed its toolsets and machine learning models, and enhanced its 24/7 transaction monitoring capabilities.

Despite these efforts, N26 adds it “recognises that more needs to be done” and is committed to addressing all the areas of improvement outlined by the Bank of Italy.

“Our teams have also made further improvements in recent months which we believe will help address many of the areas highlighted by the Italian regulator,” the challenger states.

The news from Italy comes six months after N26 confirmed it will discontinue its US operations and will no longer serve US customers after 11 January 2022 in order to focus its attention on its European business.