Melbourne-based fintech start-up Yondr Money is looking to raise up to $1.5 million via crowdfunding platform Birchal to fund its expansion as a challenger to mainstream banks. 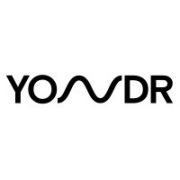 Yondr Money aims to raise up to $1.5 million

Using artificial intelligence (AI) and other machine learning processes, Yondr Money has rolled out its beta smart money app which aims to help more Australians become financially savvy by giving them tools to monitor, track and set limits on where they’re spending their money across the globe.

The start-up offers a multi-currency account with physical and virtual Visa cards accessible through its app. It says it is “drilling down into the spending habits of consumers and building savings tools teaching them ways to save for their goals while helping them better understand where their money goes”.

He says: “Yondr is focused on giving its customers more control of their finances and providing various tools that can be easily integrated into their daily lives, helping them to achieve their goals – such as going on a well needed holiday or becoming homeowners.”

“We are currently raising via a crowdfunding raise,” he adds, hinting that the company may do another round of capital raising as it ramps up its product offerings and distribution channels.

The firm is backed by former CEO of ANZ Bank Mike Smith, who also sits on the advisory board at Yondr Money.