State of play: fintech and telco

Each month, fintech analyst Philip Benton explores a new topic and assesses the “state of play”, providing an in-depth analysis and understanding of the market landscape. 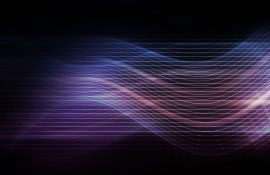 This month we are diving into the convergence of fintech and telco.

Financial technology (fintech) took centre stage at the Mobile World Congress (MWC), the flagship event for the telecommunications industry, for the first time after being on the periphery of discussions in recent years.

Fintech and telco are two industries that have often converged, most notably in Africa which saw the birth of M-Pesa (celebrating its 15th anniversary this past week).

There has been a shift in mindset amongst telcos though, and this was evident at MWC, with the acceleration of digital banking globally providing an opportunity for telco companies to take a more active role in financial services, with the CEO of Orange Bank Spain arguing “we can deliver digital banking whilst leveraging the capabilities of telco”.

Financial services are contributing to revenue and building brand loyalty for service providers. Established services, such as the mobile payments platforms in Africa, continue to evolve and expand. For example, the fintech customer bases of Vodafone, MTN, and Orange now number for 61 million, 46 million, and 23 million, respectively, with MTN’s fintech business contributing 8.7% of group service revenue.

The Vodacom Group (the South African subsidiary of Vodafone) has ambitious plans to move from a ‘telco’ to a ‘techco’, with the CEO of its financial and digital services division discussing at MWC how they have launched a series of new fintech products including buy now, pay later (BNPL), microlending, and a super-app. In fact, every VodaPay (its super-app) customer gets a bank account through its partnership with Bidvest Bank.

A common problem for telcos (also true of banks) is how to leverage the vast pools of data they sit on. Historically this has been a problem that they have tried to solve internally, but there is now more evidence of telcos willing to partner with banks and fintechs to collectively add value for their customers.

Yabx, the fintech venture of Mahindra Comviva, discussed at MWC how they have been able to credit score 100 million customers globally by utilising service provider data which, combined with a digital wallet, is a rich source of alternative data. It enables Yabx to create a financial identity using the digital footprint (e.g. usage patterns, billing and payments, and location data) of users, and they have been able to transform raw variables to feature engineer the profile of a customer. For example, identifying travel patterns meant Yabx could calculate that a particular customer’s profession was a taxi driver.

It was also discussed during the ‘Embracing Partnerships’ session at MWC that there is a realisation that service providers need to work together on mobile money to ‘grow the market’ due to the level of maturity it has reached. In banking, there is Swift, which is an example of true collaboration, but there is no equivalent interoperability platform that yet exists for the telecommunications industry. Many service providers discussed at MWC how they are willing to enter into co-opetition with each other. Vodacom’s super-app, VodaPay, is open to all customers (VodaPay and non-VodaPay) and they also let other telco operators offer their services through the app.

Orange and MTN launched a joint initiative known as the ‘Mowali’ project in 2018 which was designed to bring together more than 100 million subscribers from the two telecom companies in 22 of the 46 markets of sub-Saharan Africa with the long-term ambition of interconnecting all mobile money services in Africa (over 200 providers). Due to a variety of regulatory hurdles, the project has stalled to date, which has presented an opportunity to newcomers such as Dash, a Ghanaian fintech, which recently raised $32.8 million to create a mobile money bridge in Africa.

However, there are increasing examples of telco and fintech firms collaborating to provide a more substantial financial services offering. Orange Bank discussed at MWC how they had built their digital banking platform in collaboration with Mambu, a core banking tech provider, which itself has an ecosystem of partners which can integrate into the platform. Orange Money, Vodafone’s M-Pesa, and MTN MoMo are established mobile payment platforms that are beachheads for an expanding portfolio of financial services. While payment platform interoperability remains an issue, these services have afforded access to financial services to many unbanked customers for the first time.

Digital wallets, CBDCs, and BNPL were hot topics at MWC

The fintech and mobile industries continue to converge and accelerate the shift to mobile payments, with digital wallets being one of the most common payment methods globally, both online and in-store.

Millicom CEO Mauricio Ramos announced during his speech at MWC that Tigo Money, the company’s digital wallet, reached $50m in revenue in 2021. The Tigo brand operates in Guatemala, Honduras, Panama, El Salvador, Colombia, Bolivia, and Paraguay. The service saw transactions of up to $4bn over the same period and has 5 million active users. Mauricio Ramos highlighted the significance of these results by stating that, on average, 50% of the population in the area Millicom operates in does not have access to traditional banking services. However, 90% have access to mobile services, mainly prepaid.

Digital wallets are the ideal platform for cryptocurrency and NFTs (non-fungible tokens). Yet the hype around the ‘metaverse’ is not yet the immediate opportunity it has been labelled for the financial services industry due to the limitation of today’s technology stack and local operator infrastructure. Central bank digital currencies (CBDCs), however, were also a key talking point and discussed during the ‘Transformation of Payments’ presentation, with MWC following shortly after the Beijing Winter Olympics and the official launch of China’s CBDC—the digital yuan (e-CNY). The consensus from panellists was that the immediate opportunities for CBDCs are largely in the B2B space, with CBDCs able to simplify the complexities of cross-border transactions by significantly reducing payment messaging and settlement periods.

BNPL was also a topic which excited mobile operators, with it being seen as a natural progression from microlending. For example, Vodacom launched a BNPL product specially for customers that run out of airtime while agents are closed, using telecom consumption behaviour to credit score, which now accounts for 45% of prepaid airtime. They also launched VodaLend Pay Advance in conjunction with Nando’s, the fast-food chain restaurant, which enables customers to use BNPL at Nando’s for 0% interest with Vodacom generating revenue from the discounts provided by the merchant (typically up to 20%).

Service providers stake claim to be the super-app

At MWC, the mood was very positive around consumer adoption of digital wallets, with Vodafone’s blockchain lead suggesting in the ‘Transformation of Payments’ session that we are “moving from a world of banks to a world of wallets”. Many digital wallets are increasingly attempting to morph into super-apps—a digital wallet that offers new services beyond money management, for example taxi hailing and food delivery—with the most successful examples being WeChat and Alipay, which account for more than 90% of digital payments in China.

M-Pesa, recognising this opportunity, launched two super-apps in 2021 (business and consumer) in conjunction with Alipay and Huawei. The managing director of M-Pesa Africa shared at MWC how 47% of merchant transactions in Kenya occur through the M-Pesa app. The business super-app enables merchants to utilise a transacting till, working financial capital, single view of employees and outlets, mobile POS, and QR code payment acceptance. It has had over 322,000 downloads already.

STC Pay, the fintech subsidiary of Saudi Telcom Company, is also diversifying away from being a pure telco, and their CEO told the MWC audience how a mandate from the Saudi government for the country to be cashless by 2030 enabled STC Pay to be one of the first firms to obtain a digital banking licence. STC started with a wallet in 2019 and now has almost 8 million customers in 2022, with STC Pay now accounting for more than 3 million transactions every day.

What was clear from MWC 22 is that the merging of industries going forward will continue and will be accelerated through embedded finance, with Orange Bank Spain’s CEO predicting that “embedded finance is a unique opportunity for telcos which can be delivered in parallel with the existing core business”. Ericsson suggested that “the winners will be those who ‘focus the customer on everything they do’ and able to understand the customer better than anyone”.

The overarching message is that fintech is becoming a ubiquitous strategy across industries and verticals. How we pay, what we pay, and who we pay is changing, and service providers are well positioned to take advantage. 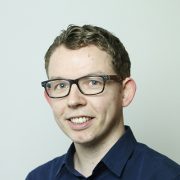