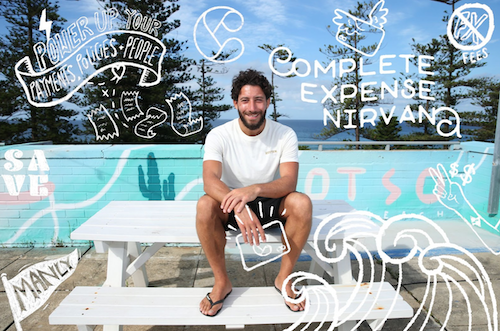 Cape is on a mission “to help businesses unlock expense nirvana by saving time on financial administration work and cutting money associated with wasteful spending”.

Ultimately, the company hopes to close the loop between spend and expense management by providing both as an all-in-one spend management platform.

Cape was founded in 2020 by Ryan Edwards-Pritchard, with HQ in Sydney. It employs 18 people.

The money will be invested in technology, product expansion, and doubling its headcount in the coming months, particularly engineers and product specialists. Recent recruits include chief product and marketing officer Andrew Fanner (ex-Cashplus, a UK challenger bank), who is based in Sydney, and London-based CTO Julian Guppy (former co-founder of ID and verification platform Onbord and CTO of business credit card platform Capital On Tap).

Cape differentiates itself from competition by offering their customers cashback on all their purchases, it says, “whether that be a client coffee, Uber ride, or monthly subscription cost, without an over-engineered points or rewards system”.

Cape customers get access to a charge card with credit limits up to $100,000 depending on creditworthiness.

Like many of its peers in North America (Brex and Ramp) and Europe (Pleo and Payhawk), Cape makes money by collecting a small slice of customer spend as revenue via interchange income.

However, unlike these territories, interchange in Australia is one of the lowest globally, so Cape says it came up with “an entirely different model”. Firstly, Cape became a principal member to Mastercard to control its costs by retaining all the interchange and to offer a route to internationalise its operations across the APAC region.

Then, Cape allowed its customers to issue unlimited virtual cards to their employees, with no transaction fees or interest charged on the credit facility – a different approach to its peers. Instead, Cape charges for its expense and spend management software, making it more like a traditional Software-as-a-Service (SaaS) company with tiered pricing.

Daniel Veytsblit, investment director at Investible, says the start-up created “an entirely new paradigm” and “delivers a tangible solution to the biggest problems finance teams face as their companies grow”.