A planned listing of buy now, pay later (BNPL) firm Kredivo by Victory Park Capital (VPC) has fallen through. The two companies have announced the mutual termination of a previously announced acquisition agreement. 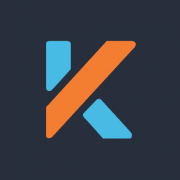 VPC will instead lead a $145m investment in Kredivo

The announcement came from FinAccel, the Singapore-based parent company of Kredivo, which offers an AI-enabled digital consumer credit platform in Southeast Asia, and VPC Impact Acquisition Holdings II, a publicly traded special purpose acquisition company (SPAC) set up by VPC that would have facilitated the listing.

The deal, announced in August 2021, was intended to fund Indonesia-based Kredivo’s international expansion in the BNPL sector.

Instead, VPC is to lead a $145 million private structured investment in Kredivo. Kredivo intends to consider offers to participate in this private investment round from investors that held positions in VPCB, as well as other investors that had previously committed to the PIPE.

VPC and Kredivo have a long-standing relationship, with VPC providing an initial $100 million credit facility to the company in July 2020 and increasing this to $200 million in June 2021.

Gordon Watson, co-CEO of VPCB and partner at VPC, says: “We operate with the best interest of shareholders as our top priority. Unfortunately, unfavourable public market conditions and process delays outside of our and Kredivo’s control have affected our transaction timeline and made it infeasible to close the transaction under the terms of the business combination agreement.”

VPCB is considering future options, including seeking an alternative business combination. The parties have agreed that, in the event that VPCB is liquidated, Kredivo shall issue a penny warrant to VPCB providing it with the ability to acquire a stake equal to 3.5% of the fully diluted equity securities of Kredivo.