Payroll API fintech Atomic has raised $40 million in a pre-emptive Series B funding round. 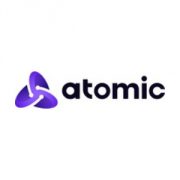 Atomic has raised around $78.6m to date

The round was co-led by Mercato Partners and Greylock and saw participation from Core Innovation Capital, Portage and ATX Venture Partners.

It comes just five months after a $22 million Series A in October 2021 and takes the company’s total capital raised to date to around $78.6 million.

The fintech will spend the cash on expanding its workforce and developing new products.

Through its APIs, Atomic aims to leverage the consumer data held within payroll infrastructure to make it accessible and usable.

Its payroll integrations connect consumers to their financial data and can be used for verification of income and employment, automating set-up and updating of direct deposits, repaying financial obligations from paycheques, optimising tax withholdings and accessing earned but unpaid wages.

Ultimately, Atomic says it wants customers to be able to invest, save and accrue wealth by “unlocking the power” of their paycheques.

Atomic CEO Jordan Wright says: “Our goal is to build a fintech infrastructure that enables a new generation of bank accounts and transforms banking applications into consumer-centric platforms.”

The fintech counts Coinbase, Dave, Welcome Tech and Propel among its customers. It claims to reach 125 million workers over more than 450 unique payroll integrations.