Standard Chartered has appointed a new global head of enterprise transformation, Aniruddha Paul, based in Singapore. 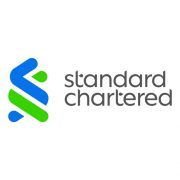 Paul moves from ING, where he spent 15 years in various senior technology roles, most recently as chief data officer. He left ING earlier this year, as reported by FinTech Futures.

Writing on LinkedIn about his departure from ING, he said the time has come “to make new paths in a new direction”.

There has been a string of senior hires from ING at the Standard Chartered group over the past year.

In November 2021, Roel Louwhoff moved from ING to take up the position of chief technology officer (CTO) at Standard Chartered.

In September 2021, Mox saw the arrival of a new chief executive, Barbaros Uygun, who also moved from ING Bank Austria, where he was CEO.